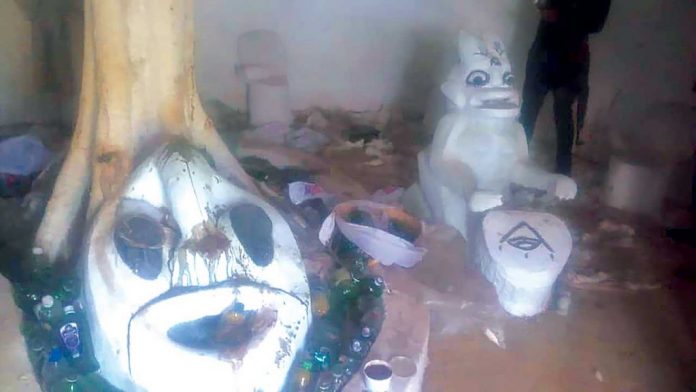 A 67-year-old man paralysed by a stroke was taken to a community in Delta for traditional healing. He was however discovered murdered in a bizarre manner inside his rented room on the premises of the healing home by no other person than the healer.

The victim’s throat was slit and cuts were all over his body.

Ritual killing was suspected in the incident that took place in Orhoakpor community in Ethiope-East Local Government Area of Delta.

According to neighbors, not long after the sick man identified as Papa moved in with the witch doctor, the killers sneaked in and allegedly slit his throat.

The incident was reported to the Orhoakpor Community Vigilante, which also relayed the information to the police at Isiokolo Police Divisional Headquarters.

They police moved in and investigated the incident before the corpse was evacuated and deposited in a morgue.

No arrest made yet.

The state CP Hafix Innuwa said, “There is suspicion that it is a ritual killing. The case is under investigation.”