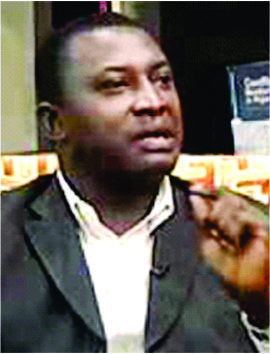 …urges FG to privatize NCAT, others to save cost of maintenance

THE Nigeria’s aviation industry may be trapped in a quandary under the Ministry of transport as it transits from the transformation agenda of the former government, which gave priority to remodeling of facilities, to an era of change that hasn’t signaled the direction to channel its resources, particularly the N50 billion allocated to aviation in the 2016 budget.
Though the allocation is a clear departure from last year’s N10.8 billion, it is said to be “grossly inadequate” especially with all the “liabilities inherited from the transformation train,” Director of Zenith Travels, OlumideOhunayo, told National Daily.
Ohunayo couldn’t figure out how the government is going to offset the over N197 billion debts incurred by the former ministry of aviation in the last four years and still have something left to spend on the uncompleted projects with just N50 billion. To him, the industry is still going to experience the persistent spell of borrowing more money to execute projects, discerning from the speech of President Muhammadu Buhari, during his presentation of the 2016 budget.
Even though the overall budget to the Transport Ministry is put at N215.8 billion for recurrent and capital expenditure, Ohunayo wondered how realistic the proposed budget would make any meaningful difference from the prevailing status quo, owing to the fact that only aviation requires more than the said amount to clear outstanding debts and execute uncompleted projects, let alone other critical sectors in the ministry.
He, however, advised that for government to break the jinx of debt accumulation and leapfrog the doldrums in the sector, it must reduce the weight of some agencies and parastatals that depend wholly on government for maintenance.
In particular, Ohunayo said the Nigerian College of Aviation Technology (NCAT) Zaria, should be “privatized without delay.” He also said the Nigeria Airspace Management Agency (NAMA) should be “commercialized and reorganized with emphasis on IT applications,” while NIMET should be merged with NAMA” as one major revenue generating source for the government.
According to him, if the requisite autonomy is accorded the Nigerian Civil Aviation Authority (NCAA) and the Federal Airports Authority of Nigeria (FAAN) with professional reorganization, the revenue generated is sufficient to run the industry without hitches. He added that if the government can adhere to the suggestions highlighted above, the capital expenditure will be reduced while the excess from budget can be used to address critical safety issues.
Reacting to agitations for privatization of airports in the country, Ohunayosaid such a decision would be hasty and counterproductive. He recalled that the remodeling process and associated loans gulped a lot of money that consequently sent FAAN to the abyss of debt. So even if the airports are privatized, the agency may not be able to offset the debts due to lack of transparency, accountability and managerial incompetence.
He said instead of privatizing the airports to create more revenue sources for FAAN with its inefficiency, the agency can be made to generate funds for the treasury instead. According to him, this can be done by giving “reputable airport companies the contract to manage FAAN for a minimum of 10 years.” He said expertise was needed in airport management and in generating non-aviation income.
Supporting his position, Ohunayo said the “British Airports Authority is seen as a model because of its success in bringing the contribution of non-aviation income to about 70% of total turnover which presently is about 25% in FAAN.” He emphasized that airports all over the world are seeking to increase non- aviation income, adding that the UK experience of privatization worked well in a mature political society after being a regulated environment for decades. But FAAN lacked the discipline, the culture and the supportive environment to execute such.
He cautioned that no reputable private sector investor would consider buying an airport with fewer than one million passengers. He advised the governments to be tilting towards building and enhancing the transport system rather than just offloading the assets. “This is to avoid a situation whereby we move from ugly state-owned airports to even uglier privately owned airports,” Ohunayo said.
He advised the government invite reputable international airport management companies with outstanding success records and global recognition in capacity, efficiency and safety to act as advisors or management consultants to the government within a limited time frame. He added that government should not give room for quickie bids and rush the whole process to a crash but marshal out measures that will allow for credible management companies or Public Private Partnerships to restructure and manage the airports aright.

Share this on WhatsApp
Related Topics:2016 Budgetbudget allocationFAANNAMANCAANCATNIMET
Up Next