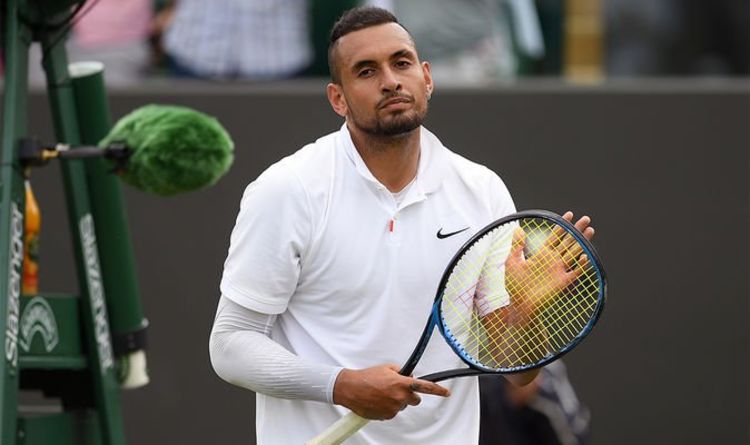 Share this on WhatsApp
Spread the love
Rafael Nadal is through to the third round of the Wimbledon Championships after battling through a gripping encounter against Nick Kyrios to win 6-3, 3-6, 7-6(5), 7-6(3), National Daily learnt.
It was a fiery affair at times as Nadal showed levels of on-court emotion rarely seen throughout his career, whipping the crowd up and desperately urging them to get behind him.
Kyrgios was on the end of some unwarranted boos from the crowd after two early underarm serves got the better of Nadal, a tactic that rattled the Spaniard when the 24-year-old Aussie came out on top in February’s Mexican Open.
ALSO READ :Rafael Nadal beats Dominic Thiem to win French Open Title
During the second set, Kyrgios remonstrated with umpire Damien Dumusois after becoming frustrated with Nadal’s slow play and the length of time he was taking in between points.
His complaining eventually earned him a code violation.
The quality of tennis on display was more reminiscent of a grand slam final rather than a second round match as both players hit a number of stunning winners from all over the court.
Share this on WhatsApp
Related Topics:Nick KyriosRafael Nadal
Up Next

What will the digital boom do for sports viewing? Randy Booker shares his thoughts