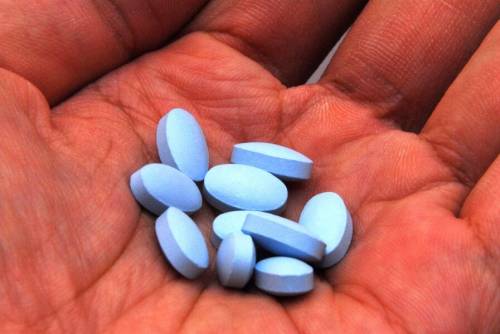 The National Agency for Food and Drug Administration and Control (NAFDAC) on Sunday cautioned against the use of sex enhancement drugs, revealing that they cause sudden death. The Director-General of NAFDAC, Professor Mojisola Adeyeye, in her Christmas and New Year goodwill message to Nigerians on Sunday, admonished people to refrain from the use of enhancement performance drugs known as aphrodisiacs to impress sex partners, disclosing that such substances could cause stroke or sudden death.

The DG of the drug control agency lamented the wide distribution of performance-enhancing drugs, popularly called “manpower” across the country.

Professor Adeyeye noted that dealers smuggle many of the performance-enhancing drugs into the country and do not register them with NAFDAC.

According to Prof. Adeyeye, “If they were registered, the producers and peddlers alike would not be doing what they are doing in the supermarkets, social media platforms, and on the streets.”

The NAFDAC DG said that performance-enhancing drugs have led to the death of many men. The DG emphasized that claims by the producers of those products that they have no side effects are false. She maintained that the dealers avoid the approval process of NAFDAC before distribution of the products.

The NAFDAC DG said that many people are ignorant of the possible damage that misuse of aphrodisiacs or use of unregistered drugs could cause, pointing out that there are manufacturing, quality guidelines, and mandated regulations that control the production, importation, exportation, advertisement, and the use of such products.

Prof. Adeyeye maintained that unbridled use of aphrodisiacs has a lot of implications in the entire body system, adding that the use of the products can potentially affect the blood pressure of the body. She said that aphrodisiacs could also interact with other drugs in the system, noting that the liver is responsible for the breakdown of drugs while the byproduct of all waste goes down through the kidneys.

“When you have a disproportionate flow of blood to a particular part of the body and lasting longer than normal, they tend to disrupt the normal flow of the circulatory system’.

“When these things are used, especially with some herbal medicines that don’t have dosage and professional prescription, it can lead to internal organ damage.

“It can hurt the liver and the kidneys, leading to an untimely death,” Prof. Adeyeye highlighted.