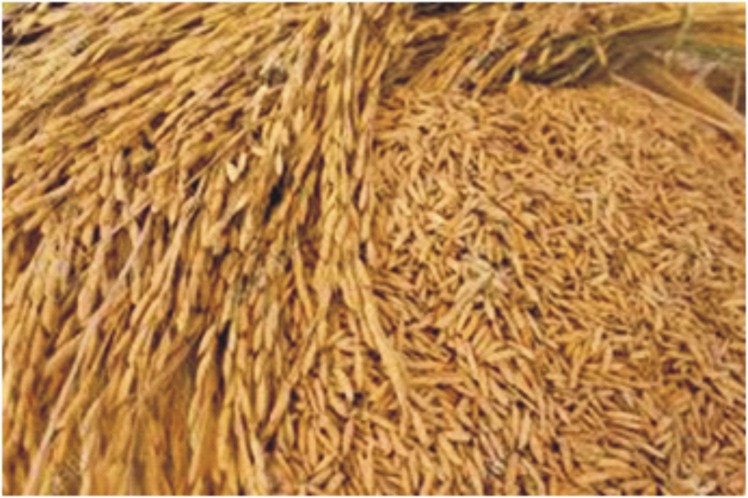 THE Director-General, National Agricultural Seed Council (NASC), Mr Olusegun Ojo, recently disclosed that the launching of 800,000 US dollar (about N160, 000,000) Rice Seed Up-Scaling Project, an initiative of the West and Central Africa Council for Agricultural Research and Development (WECARD) and the Africa Seed Trade Association (AFSTA) and in collaboration with the Seed Entrepreneurs Association of Nigeria (SEEDAN) would boost local production of rice in the country.

The NASC DG who further explained that about 20,000 farmers are expected to gain access to quality seeds under the project, which is funded by the United States Agency for International Development (USAID) with 800,000 dollars, reiterated that the project is a big boost to the Federal Government’s efforts at ensuring that the country attained self-sufficiency in rice production.

The DG emphasized that the role of NASC in the project was to ensure that the seeds provided by participating seed companies meet the required standards and expressed the commitment of the council to the success of the project, and assured that the council would continue to partner with SEEDAN and other stakeholders.

The lead consultant, Mr Sunday Okelola, further explained that the project would be implemented in seven target states: Kano, Niger, Kebbi, Zamfara, Benue, Ekiti and Ebonyi, as he identified seed planning, connecting and strengthening as the capacity of actors across the rice seed value chain, among others as the key areas of the project.

Okelola also disclosed that the stakeholders have split the 60,000 metric tonnes production target into what we can do in 2016 and 2017, adding that for 2016, they are looking at producing about 48,000 of paddy and the balance of 12,000 metric tonnes will be produced in 2017. He noted that the institute has selected some private rice millers to ensure that they buy off whatever the farmers will produce under the project and they have assured us in this regard.

In the same developmental vein, the West Africa Agricultural Productivity Programme (WAAPP-Nigeria) has disclosed that, in collaboration with Federal Institute of Industrial Research (FIIRO), Oshodi, they have developed a technology through which milk and crisp can be produced from rice.

ALSO SEE: Only 30,000 tractors are effective in the country — agric minister

A statement issued by WAAPP further stated that to improve the quality of locally produced rice to meet the taste of Nigerians, WAAPP Nigeria’s intervention with FIIRO is in the production of rice milk and crisp, adding that the collaboration is to establish the fact that rice can also be transformed to other products such as milk and crisp as Nigerian rice is great and better.

According to the statement, the products are very affordable even for low income earners, thereby boosting the consumption rate of rice as this will also to create an enabling market to continue to produce, so that farmers can have regular supply, thereby creating additional income for farmers, it said further.

The statement noted that the technology would also trigger the demand for Nigerian rice by companies that were already indicating interest to engage in commercialising the products, adding that in spite of the increase in the production of rice in recent years, there was still a shortfall of supply of rice, a staple food that most Nigerians eat.
The statement which said that it was in that regard that WAAPP-Nigeria initiated the partnership with FIIRO to carry out a research in the value addition on rice milk and rice crisp, added that WAAPP-Nigeria was also collaborating with the Institute in mango powder and poundo-yam value addition.