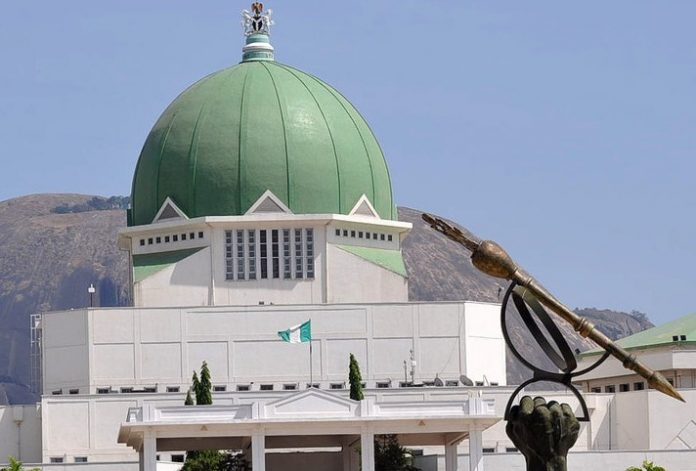 A staff of the National Assembly identified as Abdul Olajide Abayomi, 34, slipped off the stairs on Monday and died.

Eyewitnesses said he was climbing the second floor of the White House, housing the two chambers, the Senate and the House of Representatives when he tripped and rolled down the stairs.

The eyewitnesses among whom were janitors and cleaners said they called the attention of other members of staff to quickly rush to the scene to give their assistance.

They made haste to the National Assembly clinic but before they could get there, Abayomi, unfortunately, gave up the ghost on the way.

The Director of Information, National Assembly, Dr Emmanuel Agada could not however confirm the incident.

“Honestly, I just left the office but I didn’t get any such information on the incident. So, I am not in a position now to confirm the story,” Agada said.

Similarly, an ad hoc worker was also said to have fallen from a scaffold while working at the fourth floor of the National Assembly Complex.

The worker whose name was not readily ascertained sustained a deep cut on his head with other bodily injuries.

It was learnt that the worker was later rushed to the National Hospital for medical attention.