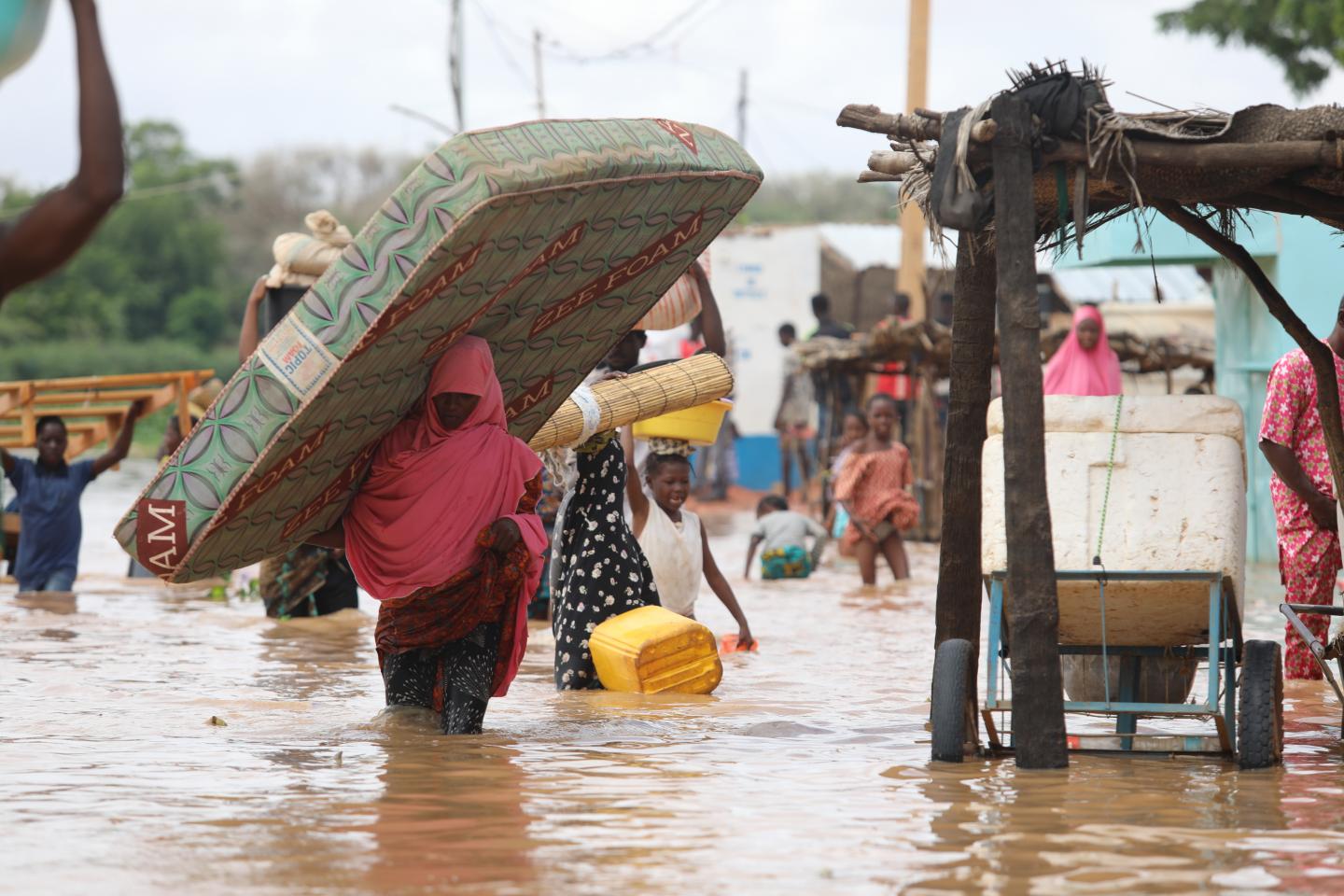 The Director-General of the agency, Mr Mustapha Ahmed while presenting the items to the State Government on Thursday, said the materials made up of food and non food items.

He said that the Federal Government through NEMA could not compensate for the traumatic experiences of persons affected by disaster impacts.

“Yet, we have to help people alleviate their sufferings with these FG-approved relief items.

“To ameliorate the suffering of the affected persons, FG has approved the delivery of food items and non-food items,” he said.

Others are 75 kegs of vegetable oil, 150 cartons of seasoning cubes and 75 cartons of tinned tomato.

The director-general said the non-food Items include 8,000 pieces of mats, 1,000 pieces of treated mosquito nets, 600 cartons of toilet soap, 2,500 pieces of guinea brocade.

He said the grains would be distributed directly to deserving persons in collaboration with the senators from the ministers from the state,

“Other partners will be officials of the Nigerian Red Cross Society, Bauchi State Chapter, Religious and Community leaders, officials of the Bauchi SEMA and the NEMA Gombe Operations Office,” the directir-general said.

Receiving the items on behalf of the state government, Mr Ibrahim Kashim, Secretary to the State Government , appreciated the FG for coming to the aid of flood victims and the vulnerable in the society.

He assured that the items would be distributed to the victims and the deserving people in the state.

Share this on WhatsApp
Related Topics:BauchidonatesFlood VictimsNEMArelief materials
Up Next