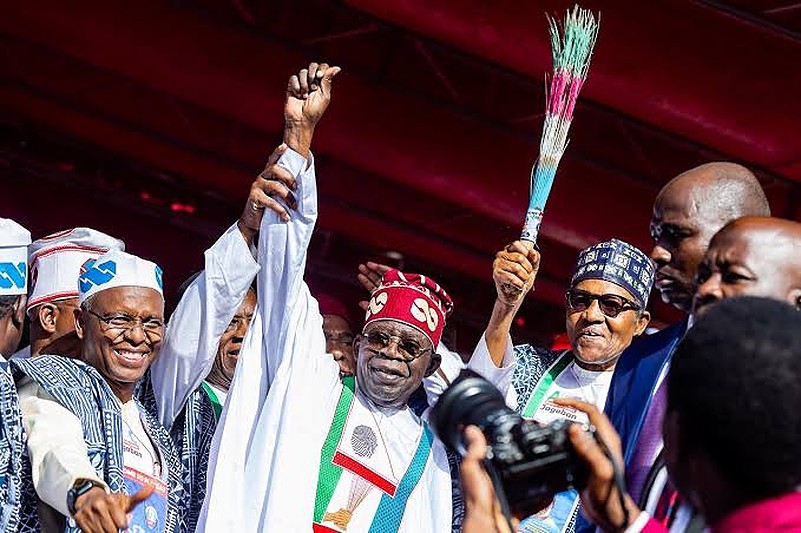 Bauchi stands still as Buhari, Tinubu flag off campaign
Share this on WhatsApp
Spread the love

The Bauchi metropolis was agog on Monday as President Muhammadu Buhari and Sen. Bola Ahmed Tinubu, presidential candidate of the All Progressives Congress (APC), are expected to arrive in the town to flag off party campaign.

The News Agency of Nigeria reports that adequate security measures had been put in place following strategic deployment of security personnel within and outside the Abubakar Tafawa Balewa stadium, venue of the event.

NAN also reports that vehicles were trooping in to the metropolis from all the 20 local government areas of the state, and neighbouring states, to witness the event.

On arrival, Buhari is expected to pay homage to the Emir of Bauchi, Alhaji Rilwanu Adamu, after which he would proceed to the venue of the event.

Politicians and party loyalists have been mobilised in anticipation of the arrival of the president.

Speaking with NAN, Mr Abdulmumini Kundak, APC Vice Chairman, Bauchi South, said that the coming of the president would increase the electoral chances of the party.

He added that the president’s presence would add value to the party’s candidates and boost their chances of victory at the polls.

Also speaking, Mr Salisu Barau, Chairman, Media and Publicity for the party’s gubernatorial candidate in Bauchi, described the state as an APC state, saying a lot of people would troop in to witness the event.

NAFDAC alerts public against use of weight loss pill