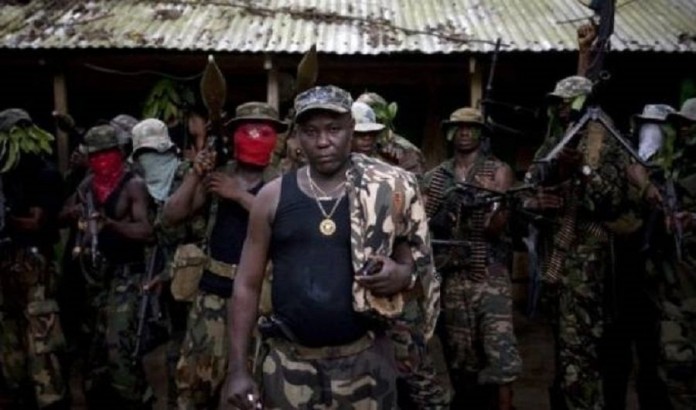 A new splinter group from the Niger-Delta Avengers (NDA), Niger-Delta Greenland Justice Mandate has advised oil firms operating in the Niger Delta region, especially those in the Ogba/Egi axis of Rivers State, Urhobo/Isoko/Ndokwa axis of Delta State to leave the areas.

In the statement, the group accused the federal government of starting another rounds of negotiations with the Ijaw front, sidelining other ethnic groups in the region. “This will not work. Since they do not regard the assets in our areas important enough to be protected, we shall root them all out of the length of the Niger Delta. We don’t want to make this mistake any longer, violence pays as it has become the only voice that government gives hearkens to.”

“We have thought very deeply about the ongoing shenanigan and play-acting going on between the federal government and some self-styled ‘Niger Delta agitators’ and thought if we fail to make our own statement now, then there will be no future for the larger Niger Delta region.”

The group charged that, “For the avoidance of doubts, the Niger Delta Greenland Justice Mandate is not in the mold of the various criminal gangs that have so far paraded themselves as fighting for the interest of the people of the Niger Delta, but who indeed have been engaged in fight for personal enrichment.

“We have come at this point to ensure that our oppressors, being the federal government, the state governments in the six core Niger Delta states who have received billions of dollars over the past years but have brought little or no development to the region and the so-called super-ethnic nations, who have yielded to greed and wickedness and have exposed the rest of us in the oil-rich, but deeply impoverished region, to crippling squalor.”

It added that the Federal government and the oil multinational companies have been making a very grave mistake by equating the interest of the Ijaw people as that of all the tribes of the region.

“Indeed, this is a mistake that is about to take a more devastating toll than has ever been seen or experienced in the history of Nigeria. Any moment from now, we shall be making a loud statement which we believe should be loud enough for all to see and take seriously and then afterwards state our demands.”

The new group in the statement said it has resulted to this because of the recalcitrance of federal authorities, as well as oil giants; which they claimed have decided to ignore calls to reason and have made violence the only option.