Thomas made the call in an interview on Monday in Calabar at the opening of a five-day Capacity Building on Censorship and Classification for Selected University of Calabar Students in the Department of  Theatre and Media Studies.
”Nigerian films and movies should not depict reality but also give out moral lessons at the end.
“Our films should identify a societal problem, go into action, and at the end of the day, show what happens to perpetrators of evil in the film.
“But when you produce a particular film and you glamourize or celebrate someone who has done terrible things against the culture or humanity without punishment, we don’t approve such films.
“So, this program is to make people understand that when they do their scripting, there is a government regulatory agency that looks into it to ensure the film is morally right and protect our children from societal ills.
“Even though we are aware that some defaulters still produce movies without passing through NFVCB, we want to make students understand the activities of the board so that it becomes part of them,” he maintained.
He added that the workshop will also look into the use of hate speech in movies, YouTube, Google, and script development into movies.
Also speaking at the workshop, Prof. Florence Obi, Vice-Chancellor of the University of Calabar congratulated the students for being good ambassadors of the institution.
Represented by Prof. Angela Oyo-Ita,  Deputy Vice-Chancellor of the university, Obi encouraged the students to be consistently diligent while commending NFVCB for their choice of the University of Calabar for the workshop.
On his part, Prof. Emmy Idegu, Head of Department, Theatre and Media Studies, University of Calabar, commended the board for choosing his school and department for the workshop.
Idegu said the students may have been taught the theories and practical aspects of filmmaking in the classrooms but for them to come in contact with officials of NFVCB was a big plus for them.
“As you know, there is hardly any federal university in Nigeria that has the facilities that students need to delve into the real practice of what they have studied.
“This is why I thank the board as they are empowering the students socially, academically, and economically
The National Daily reports that NFVCB was established by Act 85 of 1993 with the mandate to regulate film and movie production both for import and export.
Share this on WhatsApp 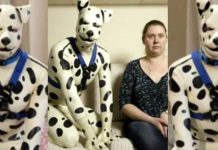 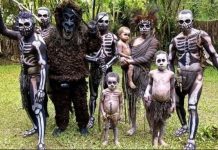 Meet the African tribe that hunts human being, this is the reason why they feed on it 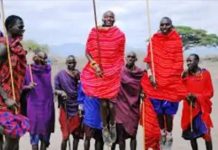 Facts about the tribe of Kipsigis