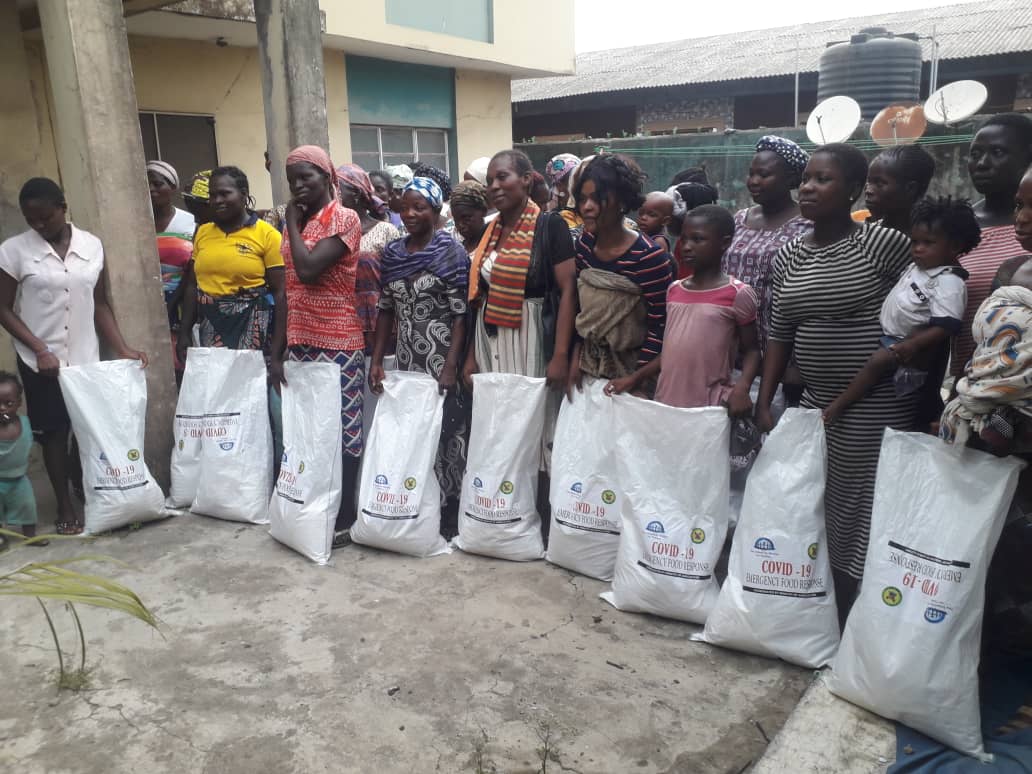 A Non-Governmental Organisation, Anneozeng Ogozi Aid Foundation (AOAF) on Friday empowered 10 indigent women petty-traders in the Federal Capital Territory with cash gifts to support their businesses and improve their standard of living.

The Founder AOAF, Mrs Anneozeng Peters, said that the objective of the empowerment programme called “Let’s Talk Charity COVID-19 Initiative”, was to cushion the economic impact of the pandemic experienced by the women.

Peters said AOAF partnered AIDS Healthcare Foundation (AHF) Nigeria, an international NGO, for the selection of the women from different communities across the FCT where AHF currently has interventions for women.

She said each of the selected women was given N25,000 cash gift to support and expand their petty trades.

She added that “this initiative was birthed to help get indigent women who may have been affected by COVID-19 to get back to their businesses and sustain their livelihoods.

“Through this initiative, we have been able to empower a total of 55 amazing and powerful women who are willing to take their businesses to the next level.”

The AOAF founder thanked AHF for the role it played, alongside other support in making the empowerment programme a reality, saying “AHF had remained a mentor in this direction.”

Mr Steve Aborisade, the Advocacy and Marketing Manager of AHF-Nigeria, said the group always thrived on partnership with Civil Society Organisations (CSOs) and Community-Based Organisations (CBOs) in supporting their works with grants, capacity building and mentoring.

According to him, the indigent women selected are from a large pool of women across different communities that the foundation had worked with in the FCT.

Some of the communities include: Gosa, Gwagwalada, Waru, Alieta, Kuje, among others.

He said “some of the women are bread winners of their families, struggling to meet up with their daily needs through their petty businesses.

“The N25,000 given to each of them will go a long way in their businesses, it may not look big but it is very significant to them.

“The key criteria for their selection is the will to survive in spite of the challenges they face, they believe that they must have something doing like a trade and must have demonstrated the will to multiply wealth.”

One of the beneficiaries, Mrs Christiana Onwe who is involved in the business of selling “pure water” and carbonated soft drinks, appreciated AOAF for the support.

She said the money would go a long way in boosting her business and giving her family a better life.

Another beneficiary, Mrs Ramatu Hassan, who is into food business, appreciated the organisation for the kind gesture.

Hassan said the money would help her to expand her business and would help to support her children in school.