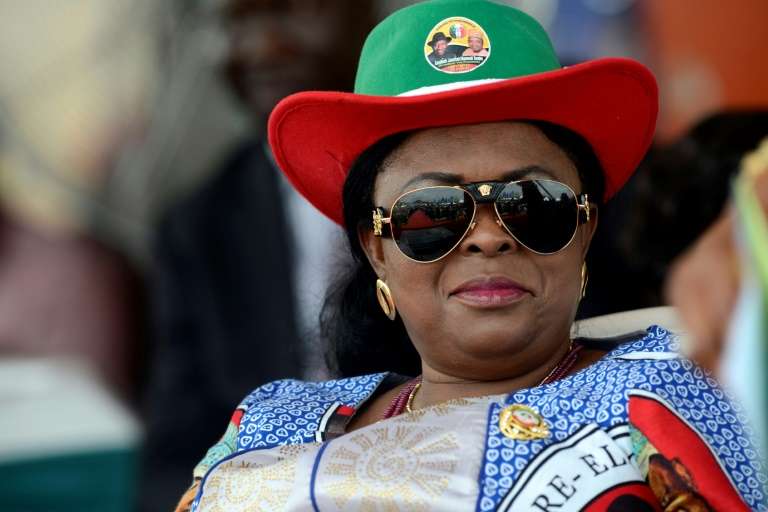 Share this on WhatsApp
Spread the love
The Aribawa Aurera Reach Out Foundation has been fingered as the shell company former First Lady Patience Jonathan used to acquire a property the EFCC just sealed off in a business district in Abuja.
An eight-story building standing uncompleted in the Central Business around the federal secretariat was said to have been acquired in 2010 by the charity organisation whose directors the EFCC is already investigating.
This is the latest of such landed properties the commission has made moves to seize from Patience. A N2 billion hotel belonging to her was roped off lately.
Three other properties in Abuja at Karsana, Wasa and Idogwari areas of Abuja have also been traced to her.
According to the Punch, documents confirming the ownership of the uncompleted building are already with the commission.
The document read, “Plot 1350 Cadastral Zone A00 CBD which was allocated to Ariwabai Aurera Reach Out Foundation in 2010 and Certificate of Occupancy issued in 2011. The plot bears an eight-storey building still under construction.
ALSO SEE: Abacha’s loot is a child’s play compares to Diezani’s – EFCC
The EFCC has yet to value the building.
AAROF had been investigated before now in a case of corruption traced to the wife of former President Goodluck Jonathan. Its account marked 1222014221 in Ecobank was frozen with a balance of N479m.
On the latest discovery, the commission said that it had written to the Abuja Geographical Information System to get the history of the property and how and when it was bought.
Skye Bank, Fidelity Bank, First Bank, Union Bank, Guaranty Trust Bank, Zenith Bank, and the United Bank for Africa and Unity Bank have been written to state their involvement with the foundation.
The anti-graft agency said there was no way Patience would have been able to afford such a property as her last known job was Permanent Secretary in Bayelsa State.
“There is a high probability that it could have been built with the proceeds of crime. It is evidently clear that it is a case of money laundering but there is a need to do more investigation.”
Her lawyers have claimed the commission has been abusing judicial powers in its witch-hunt of their client—because many of these cases are already in court.
Share this on WhatsApp
Related Topics:Aribawa Aurera Reach Out FoundationEconomic and Financial Crimes Commission (EFCC)Former First Lady Patience Jonathanshell company
Up Next