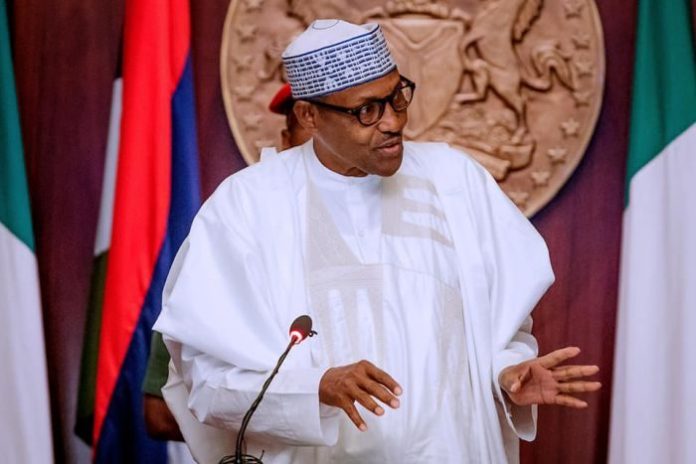 President Muhammadu Buhari has assured EU that the country is capable of defeating the Boko Haram insurgents ravaging the Northern eastern part of the country.

President Buhari who disclosed this while receiving Janez Lenarcic, the European Union (EU) Commissioner for Crisis Management in State House on Friday, said though the Boko Haram crisis in the North East might take a bit longer to resolve, the nation will surely overcome and move ahead.

According to him, if the country was capable of fighting a 30-month civil war and also during the process re-organized the country, he wonders why people are thinking that Nigeria could not over Boko Haram insurgents.

“We have the experience of the civil war. I could recall the role of the military, the army, and each commander had in his pocket how to behave himself and how to allow international bodies like yourself to go round and see for themselves that people are treated in the most humane way. We have this experience and I assure you that we also have this confidence in your organisation. That is why I feel that Nigeria is capable of handling this crisis, it may take long but we are capable of handling it.”

The Nigerian leader also appreciated the recent meeting in Germany which deliberated on the happenings in Libya. “The important thing really is weapons reaching the Sahel; the instability it is causing. Look at the casualties in Mauritania, Niger, Burkina Faso and Mali; Libya has a direct impact on the stability of the Sahel. As for Boko Haram, we try to disabuse the mind of the people and I think our people now understand the basic dishonesty in it. With my experience personally in the civil war, I am sure we will get over it.”

President Buhari further assured that the newly created Ministry of Humanitarian Affairs, Disaster Management and Social Development, will do a splendid job of managing the various humanitarian issues evolving from the Northeast:

The EU Commissioner emphasized that Nigeria plays a big role in the African continent and globally in economic, social and other spheres and asked for the development of a plan between the EU and Nigeria concerning the issues in the Northeast. He said he had visited Borno State and appreciates government’s efforts to end the conflict there.

“We would like to support your efforts. We believe all relevant actors; military, civilian as well as humanitarian should come together. The Minister of Humanitarian Affairs is suggesting such high level dialogue.

“In situations such as what we have in the northeast, international law and international humanitarian law should apply. We believe in your efforts to end the conflict; military effort alone probably will not be sufficient without identifying and addressing the socio-economic factors causing it, “he stated.