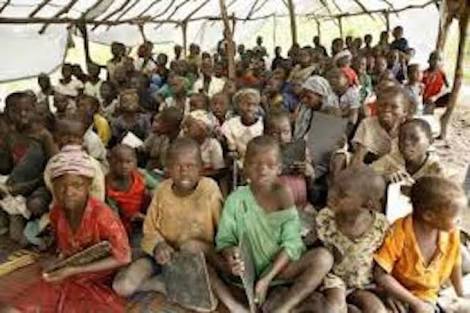 The Bill and Melinda Foundation has predicted that by 2050, Nigeria and Congo will account for 40% of the world’s poorest.

In the released Goalkeepers Report for 2018, it said by 2050, about 152 million Nigerians will be extremely poor out of her projected population of 429 million people.

According to the report, by year 2050, both Nigeria and Democratic Republic of Congo (DRC) will be home to over 40% of world’s extremely poor people.

The annual report which tracks progress being made by countries on the United Nations Sustainable Development Goals (SDGs) was produced in partnership with the Institute of Health Metrics and Evaluation (IHME) at the University of Washington.

Meanwhile, the report attributed the rise in the proportion of Nigerians living in extreme poverty to the failure of Nigerian Government to invest in education, health, and human capital development, despite the increase in population growth since 1960.

According to the report, the lack of investment in young Nigerians has continued to lock productivity and innovation, which has consequently failed to create opportunities and generate prosperity. It added that while more than a billion people worldwide have lifted themselves out of extreme poverty since 2010, more and more Nigerians are becoming extremely poor.

Despite, the United Nations Educational, Scientific and Cultural Organisation (UNESCO) recommended-benchmark of 26% of each country’s budgetary allocation to education sector; till date, Nigeria is yet to meet the benchmark in any of her budgets for decades. Both Federal and State Governments are guilty of this failure, which would have contributed to the development of the nation’s human capital for decades.

What is more worrisome is the fact that there has been a consistent decline in the value the Governments have placed on education, since the beginning of democratic rule in 1999. Nigeria has been allocating an average of 6% of her national budget to the funding of her education sector in the last decade.

Nigeria is yet to conduct a population census since 2006, after the proposed 2016 census failed to hold, though, another one is proposed for 2018. However, Nigeria currently stands as the seventh most populous nation in the world with an estimated population of about 198 million people and a population growth rate of 2.61%. Also, 2.57% of the world population currently resides in Nigeria.

In June, Nigeria was reported to have overtaken India as the country with the world’s highest number of poor people, with about 87 million Nigerians languishing in extreme poverty, according to the Brookings Institution.