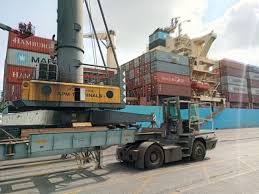 He said that since November 2019, his members had been having challenges in generating Pre-Arrival Assessment Report (PAAR) which had been causing delay in cargo clearance.

Farinto said that processing of SONCAP was compulsory before Customs could issue PAAR for final cargo clearance.

As stated on the SONCAP website, the objectives are for the wellbeing, health and safety of Nigerian consumers.

It is to ensure that regulated products comply with the Nigeria Industrial Standard (NIS) or approved standards prior to export to Nigeria.

SONCAP also provided a level playing field in terms of quality for both regulated and locally manufactured products in order to prevent unfair competition.

The Deputy President of ANLCA, Farinto also revealed that “The Standard Organisation of Nigeria (SON) created a platform to obtain SONCAP which stands as a certificate of any regulatory items before getting PAAR”.

His words: “There is room for agents to get their SONCAP offshore and if that is not possible there is a window created on Customs platform called import permit which is created for Nigerian manufacturers to ease consignment clearance in the ports.

He said that the association made effort to get to the management of SON and they said they were upgrading their system.

Farinto called on the management of SON to look for an alternative to enable them access SONCAP, which he said was delaying his members and made them accumulate demurrage of up to N6billion.

He said that the SON idea to upgrade system was a welcome development to improve seamless operation.

He therefore, urged them of Son to urgently find solution to the problem, his association (ANLCA) may be forced to go to court to seek redress on the issue.

However, reacting to the issues raised by the Vice President of ANLCA, Mr. Farinto, the Head of Public Relations of (SON) Mr. Bola Fashina said there was no problem accessing SONCAP, as his management had just upgraded the platform.

He promised that if such reports are received, they would certainly find solutions to their problems immediately. 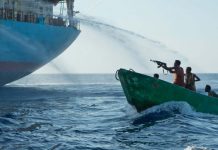 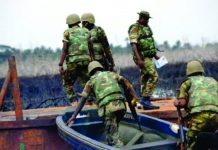