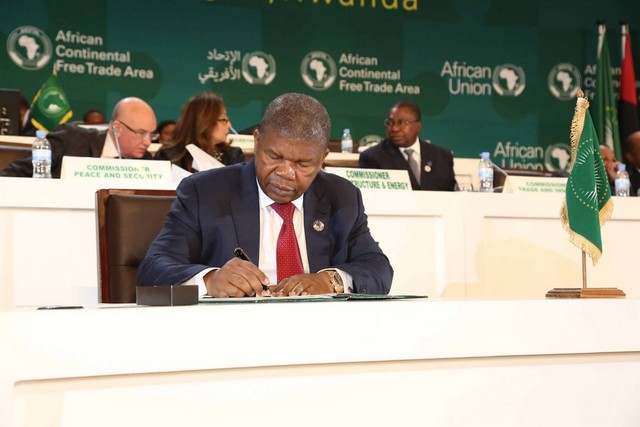 The launch will take place at the 35th Ordinary Session of the Executive Committee of the Meeting of the African Union at the Palais des Congres in Niamey, the Nigerien capital.

The AFCTA is expected to bring together 55 countries into even though 23 countries have signed so far, with Nigeria, Eritrea, and Benin holding out. However, just like Nigeria, Benin has agreed to sign with the latest development, Eritrea becomes the loner yet to sign up to the deal.

The landmark free trade agreement is expected to progressively eliminate tariffs among African Union members, creating the world’s largest free-trade area since the formation of the World Trade Organization.

Also, other issues such as looming security and migration crises on the continent will be addressed.

The AU’s Commissioner for Trade and Industry Albert Muchanga, on Friday, disclosed that Benin had also declared that it will sign up on the same day that Nigeria does.

The official launch of the AfCFTA comes after 24 countries ratified the grand agreement to create a single market of over 1.2 billion people, which will open up markets with a combined GDP of $3 trillion, half of which is controlled by the continent’s biggest economies, South Africa, Egypt, and Nigeria. Note that Nigeria controls almost 75% of the ECOWAS sub region’s GDP.

Basically, there are eight regional economic blocs, four of which have Customs Unions. The AfCFTA is expected to leverage on these blocs, and finally create a Customs Union that attracts investors.

Apart from trade barriers related issues, other items that will be addressed in the summit include the management of security situation in the region and migration crisis

On the summit agenda is security. Basically, Summit host Niger has faced constant attacks by jihadist groups while has Nigeria has battled the Boko-Haram insurgency.

Also, members in the G5-Sahel (Niger, Chad, Mali, Burkina Faso and Mauritania) security pact will reportedly seek backing at the AU summit to push for a greater UN security force to address the terror threat.

The countries hope to activate Chapter VII of the UN Charter that allows for the UN Security Council to determine a threat to peace and propose measures, including military deployment, to deal with it.

Over 7 million Nigerians risk hunger, others in Northeast – UN