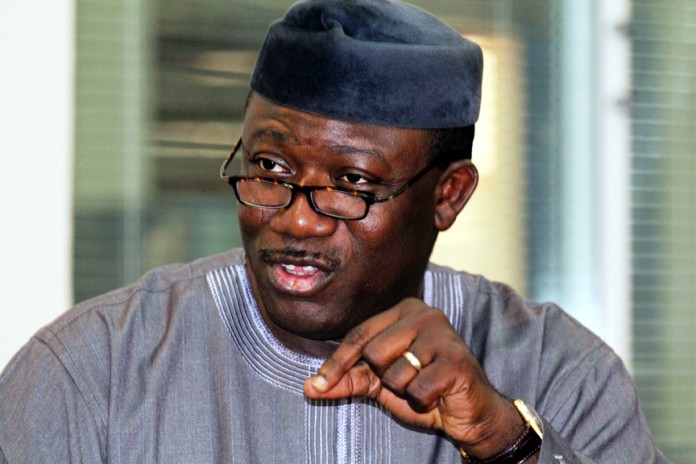 Nigeria is said to be looking for about $7 billion in investments over the 10 years to help develop the mining and steel industries.

According to the Solid Minerals Development Minister, Kayode Fayemi, the country seeks to develop gold and iron ore extraction industries to diversify its oil-dependent economy.

He said of the present administration priorities is to meet its annual steel demand of 6.8 million metric tons, from a current output of a third of that, produced mainly from scrap iron.

Fayemi who will this month present a mining plan to President Muhammadu Buhari and later a bill proposing the creation of a regulator for the sector, said at the moment, the ministry does everything ranging from licensing, monitoring and inspection.

According to him, this should not be. He said prospective investors have expressed concern about an uncertain regulatory environment. The new legislation, he said, would include incentives such as allowing full foreign ownership of mining projects in order to attract investments.

The ministry is hiring an adviser for investments needed to increase Ajaokuta’s current capacity of 1.3 million tons of steel a year fourfold, Fayemi said. The complex also includes a 110 megawatt-power plant, a 60-kilometer (37-mile) railroad and an air strip.

Just 18 of some 30 steel manufacturers in Nigeria are active, producing about 2.2 million tons a year, leaving the government with a $3.3 billion annual import bill, Fayemi said.

The government is talking with companies including Russia’s Technopromexport and Ansteel Group Corp. of China to complete and start production at Ajaokuta.

It also plans to create a $1 billion mining exploration fund from state and private capital to improve data on Nigeria’s mineral wealth. Each exploration project will be supported with about $5 million, Fayemi said.

Nigeria will also require about $2 billion to revive Ajaokuta, a steel complex which was supposed to have an installed capacity of 5 million tons of steel a year, was taken over by India’s Global Steel Holdings, then a subsidiary of Ispat Industries Ltd in 2004.

Global Steel’s concession was revoked in 2008. After an eight-year legal dispute, it was agreed on August 3 this year that the government will take over Ajaokuta while the Indian firm retains Nigeria Iron Ore Mining Company, which it will rehabilitate to supply the steel mill within two years.