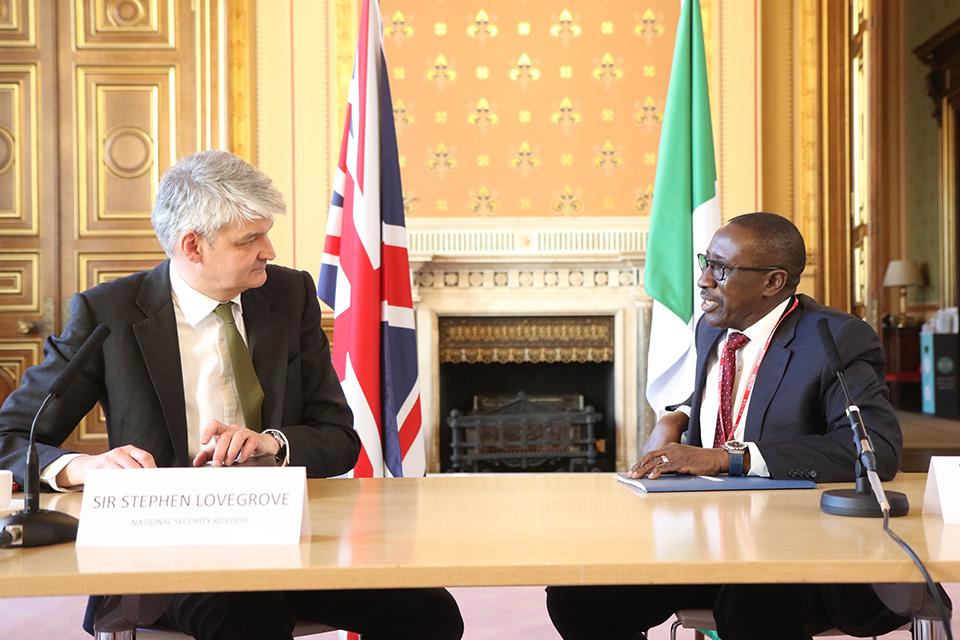 Nigeria and the U.K. have commenced its first ever Nigeria-UK Security and Defence Partnership Dialogue in London this week.

This is according to a statement signed by the Press and Public Affairs Officer, British High Commission, Miss Ndidiamaka Eze, on Monday in Lagos.

It is scheduled to last for three days.

She said that the dialogue, which would end on Feb. 2, included a series of breakout sessions covering a range of issues; counter terrorism, serious and organised crime, civilian policing and human rights.

The National Daily reports that Nigeria-UK Security and Defence Partnership was agreed between the two countries in 2018.

This week’s dialogue will be the first meeting following the 2018 agreement.