The commercial banks in Nigeria saw their total assets and liabilities rose from N37.14tn at the end of November 2018 to N39.58tn as of the end of August 2019.

The Central Bank of Nigeria disclosed this in its economic report for the third quarter of 2019.
It stated that the total assets and liabilities of commercial banks at the end of August 2019 fell by 0.1 per cent compared to what was recorded at the end of June 2019.
According to the report, funds were sourced largely from increased foreign liabilities, realisation of foreign assets and reduction of claims on the CBN.
It said the funds were used mainly to reduce unclassified liabilities, settlement of time savings and foreign currency deposits and increased claims on the private sector.
At N21.81tn, banks’ credit to the domestic economy at the end of August 2019 showed an increase of 3.5 per cent, compared with what it was at the end of June 2019.
The central bank said the development reflected largely the 3.7 per cent and 3.4 per cent rise in claims on the Federal Government and the private sector, respectively, in the review period.It said the total specified liquid assets of commercial banks amounted to N13.77tn at the end of August 2019, representing 59.4 per cent of the total current liabilities. 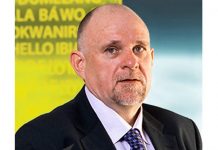