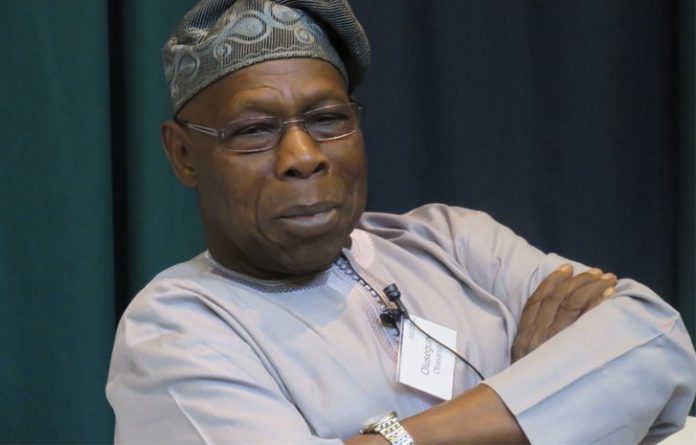 While the presidency tagged Obasanjo the divider-in-chief of the country, the Citizens Action for Good Governance (CAGG), on Thursday, in Abuja condemned Obasanjo’s attack, describing him as compulsive and pathological.

Addressing newsmen on the issue, CAGG National Coordinator Mr. Nazir Galadanchi, said Obasanjo’s outburst stemmed from his inability to tele-guide President Muhammadu Buhari to do his bidding and accede to his self-serving request.

“Obasanjo has been unrelenting, even compulsive and pathological in his attacks, sometimes throwing decency and civility to the dogs and portraying himself as one driven by extreme and unchecked malice and bitterness.

“His most recent utterances and wild claims that Nigeria under Buhari is a failing state is unfortunate, unreasonable, patently false and made against rhyme and reason.

“The irony of it all is that the person making a claim is Olusegun Obasanjo, whose alleged misdeeds and atrocities while in power are legion,” Galadanchi said.

He alleged that Obasanjo among other things arrogantly and illegally withheld payment of statutory allocations to Lagos State government just because of political differences with then Gov. Bola Tinubu.

Galadanchi also alleged that Obasanjo made spirited attempts to get the 1999 constitution amended to perpetuate himself in power; in the process, he resorted to the “settlement” tactics and turning against real perceived opponents of his ignoble bid.

“He unleashed EFCC on his opponents and turned the anti-graft agency into his personal attack dog and allegedly coerced state Houses of Assembly in Plateau, Bayelsa and Oyo to illegally impeach their governors, sometimes at the wee hours, without a quorum.

“Under him, the fuel pump price was increased six times, and about all workers, unions went on endless strike actions; in particular, the federal universities were closed for the longest period in the country’s history.

“Obasanjo privatised our common patrimony, and till date, nothing is to show for billions of naira raked out of them neither are they functional, rather caused pain in the lives of Nigerians who were laid off, and many have died prematurely,” he added