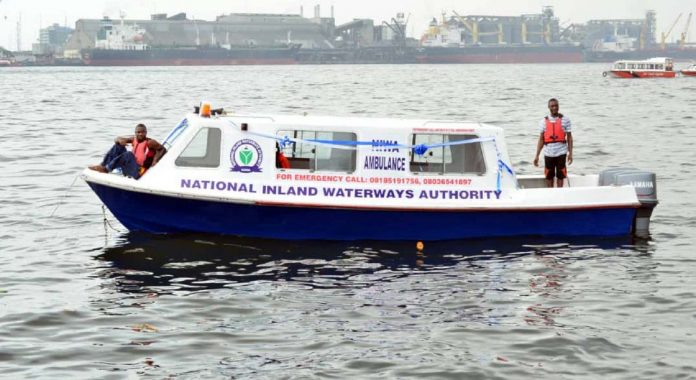 The Federal government regulatory agency on Inland Waterways in nigeria, National Inland Waterways Authority (NIWA), has stoutly faulted the assertions of Lagos attorney general and commissioner of justice, Moyosoro Onigbanjo, SAN on the subsisting judgement of the Court of Appeal, Lagos Division on appeal number CA/L/886/2014, delivered on July 18, 2017.

According to Lagos attorney general, Justice Muktar JCA had stated in the lead judgement on the case that “All other inland Waterways within Lagos State are within legislative competence lagos state House of Assembly and revenue there from accurable to Lagos waterways authority” noting that the LSHA is competent make laws in respect of same.

Onigbanjo had drawn the attention of NIWA to the assertions of the appeal court as the major plank to Lagos State government response to the letter written by Dr George Moghalu Managing Director, National Inland Waterways Authority, pleading to restrain Lagos legislators from ambushing its mandate by setting up committee to investigate dredging activities in the state, which Onigbanjo noted has the backing of the court of Appeal.

However, NIWA in swift reply and focal drive to put issues in proper perspective, told the Lagos attorney general to carefully revisit the content of the judgment which he may have read in haste or inadvertently did not accord the ruling deep consideration.

Dr George Moghalu, the boss of NIWA noted that contrary to the assertions of Lagos State government that the Appeal court judgement favoured its regulation of the waterways, the court had in clear terms and without any ambiguouity stated and held on page 27 of the copious judgement that ” items 5 in the second schedule to the NIWA Act is the relevant provision for the navigable route that falls under exclusive legislative list and it provides that” the intra coastal route from Badagry, along the Badagry Creek to Lagos through Lagos lagoon to Iwopin along Omu River/Creek, Talifa kivel to Ajelete, Akata, Aboko, Oluwa River to Okitipipa and on Gbekebo, Arogbo, Ofunama Benin Creek to warri, Also the canal running from Araromi through Aiyetoro through Mahin lagoon to Igbokoda.

NIWA boss flagged the empathic ruling of the Court of Appeal, and challenged lagos state government to furnish him with intra waterways which exists in Lagos, outside item 5, second schedule of the NIWA Act.

To broaden the scope of the engagement, Dr George Moghalu noted with concern the very delibrate efforts of Lagos State government to over reach itself on Lagos lagoon which clearly is outside its legislative competence, requesting that Lagos government seek a second opinion on the true meaning of dredging which the Minerals Act defined as “sand mining” , an activity within the exclusive ambit of the federal government.

” These positions” stated Dr George Moghalu becomes inevitable as areas in contention falls on the Court of Appeal declared route which did not confer any jurisdictional authority to Lagos State government.