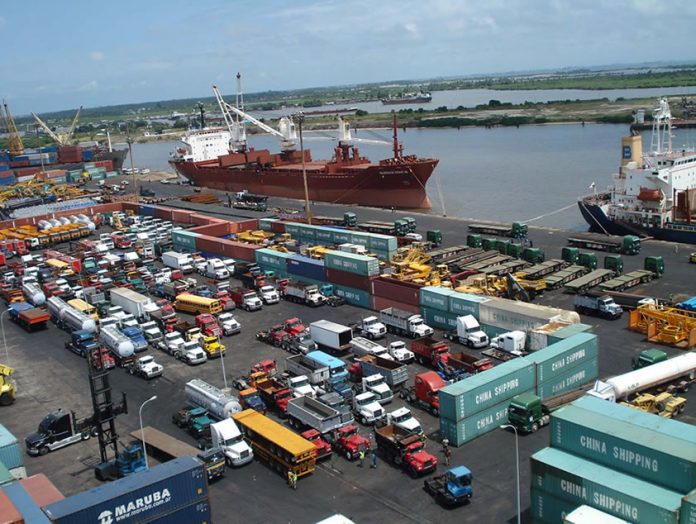 Clearing agents are finding it difficult to take delivery of their consignments at the Seaports following the breakdown of Nigeria Customs Integration System (NICIS II) at the Tin Can Island Port Command.

The NICIS II platform was designed to reduce the level of crowd coming into Nigerian ports, however, it was learnt that importers and their agents in the last two weeks were unable to access their platform to process their documents right from their homes and offices.

It was alleged that officers at the Command were using the breakdown to extort money from the port users.

However, the Command’s spokesman, Mr. Uche Ejesieme debunked the allegations of bribery saying that customs server was being managed by Webfontaine in partnership with interswitch, the technical partners to Nigeria Customs Service.

He noted that the Command was losing revenue to the server failures.

Mr. Ejesieme has therefore challenged any operator with allegations of extortion to channel their complaints through the command’s help desk assuring that such complaints would not be swept aside.

Today, operators of importers and clearing agents at the Tin Can Island port in Lagos are being frustrated following the collapse of the Nigeria Customs Integration System (NICIS II) in the past two weeks.

Today, the server failure which has crippled business activities at the port has led to high demurrage and storage charges for importers as documentations for customs clearance by clearing agents have become tedious.

The Tin Can Port is the second busiest seaport in Nigeria after Apapa. The port has five terminal operators with different concession agreements.

Under the NICI 2 platform, importers and clearing agents are expected to process their clearance documents from the comfort of their homes and offices to reduce overcrowding into the ports and various Customs Commands.

A clearing agent at Tin Can Island Port, Armstrong Nnachukwu accused the Customs of deliberately sabotaging the system, because the online platform had reduced physical contact at the Commands.

Expatiating further, he said the server failure for the past two weeks has ensured that clearing agents visit the customs processing Centre (CPC) popularly called “Long room” to generate their clearance documents stressing that we can take a whole day to capture a job and the Customs website would be failing, you won’t be able to generate assessment and even if you succeeded in generating assessment and capturing your job, you won’t be able to generate the ‘C’ number.

“If you are unable to generate the ‘C’ number, you cannot print out the assessment and you would now be forced to go to the Customs long room before they can generate it for you.

“It has been happening for the past two weeks. If you cannot generate ‘C’ number, the demurrage would be accumulating,” he said.

To confirm this development, another agent who refused to disclose his name for obvious reasons said he has been unable to clear his cargoes for the past two weeks, even after making several captures, as the system refused to authenticate the action thereby making his client incur huge demurrage charges from shipping company and storage charges from terminal operators.

Sadly, he said the Customs server has been down for up to a week now, and nothing has been done about it. Customs is not showing enough concern, and my clients are accruing high demurrage and storage charges on daily basis. They must do something so as to stem the waste.

Whenever these allegations are levelled on the customs at the Tin Can Island port, they often debunked the allegation of deliberately frustrating the NICIS 2 platform.

They have therefore, called on the Tin Can top officials to nib this ugly incident in the system.