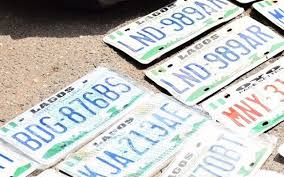 The Lagos State Government has debunked insinuations going around that it had increased the cost of processing vehicle particulars and application for number plates in the state.
Kehinde Bamigbetan, the State’s Commissioner for Information said the purported increment in fees for processing vehicle particulars and number plates were mere rumors he further challenged anyone with evidence of increase in vehicle registration by the official Centers managed by the Lagos State Motor Vehicle Administration Authority (MVAA) to report to the agency or the Ministry of Transportation.
“Although, the cost of maintaining the roads and expanding infrastructures which ease the operations of vehicles is enormous, the Lagos state government shall continue to bear the burden of keeping the roads motorable and safe for all users,” he said.
The Information Commissioner noted that some mischief makers were desperately exploiting the challenges posed to the government by the new Land Use Charge Law which seeks to raise more money for the provision of public infrastructures for the benefit of all, to misinform the public.
Recall that the Lagos State government had recently reviewed the Land Use Charge which has met a strong resistance from members of the public. The Government has however promised that his administration is very sensitive to the people and would not go all out to deliberately overburden them.