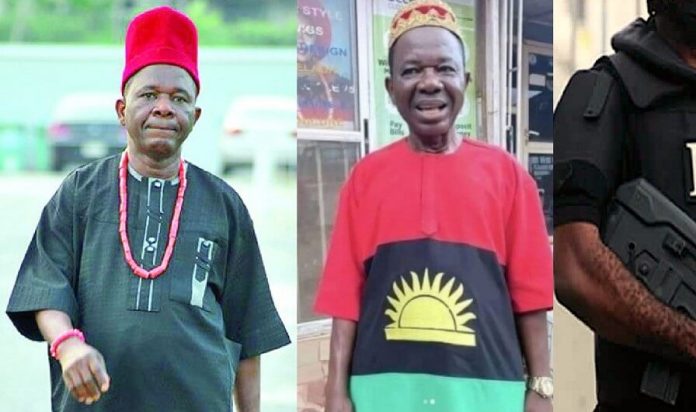 Embattled veteran Nollywood actor, Chiwetalu Agu, who was detained by the military on Thursday, October 7 in Onitsha, Anambra, has finally reacted to his over allegations of campaigning for the proscribed Indigenous People of Biafra (IPOB) and Eastern Security Network (ESN).

In a video on Friday, the actor was seen speaking for the first time since his arrest, and denounced the claim that he was campaigning for IPOB and ESN by the Nigerian military.

According to the comic actor, he was wearing a civil outfit and not a Biafran regalia, as the Nigerian army claims.

Speaking further at the army division in Onitsha, Agu denied campaigning for IPOB. He stated that he was sharing bread moments before he was picked up by the army.