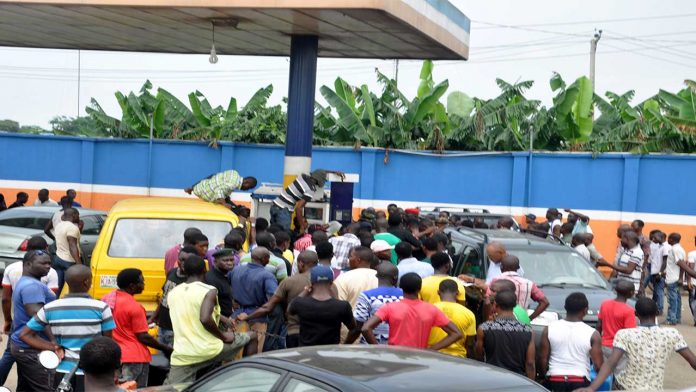 The Petroleum and Natural Gas Senior Staff Association of Nigeria (PENGASSAN) has revealed that the non-availability of foreign exchange (FX) at the Central Bank of Nigeria rate to marketers is largely responsible for the increase of fuel scarcity as they source FX from the parallel market.

President of PENGASSAN, Festus Osifo who disclosed this at a news conference in Lagos, urged that in the short term, FG should make FX available to the importers at the official rate, and also remove levies on the import of fuel products.

He also petitioned the FG to remove taxes and levies from the importation of petroleum products. He also called for the Nigeria Liquefied and Natural Gas and other gas producers to be mandated to focus more on domestic gas production, and also urged for efforts to be intensified to fast-track the current rate of rehabilitation of the nation’s four refineries to guarantee energy security.

“While on the short term, make FX available to the importers at the official rate.

“Should this abnormality and distortion continue, it has the ability to drive the country into another round of recession and further impoverish the already battered citizens,“ Osifo said.

On Electricity tariffs, the Union insists that there should be no increase in the tariff without a corresponding increase in power supply and total elimination from an era of estimated billings that have resulted in consumers paying more than their actual consumption.