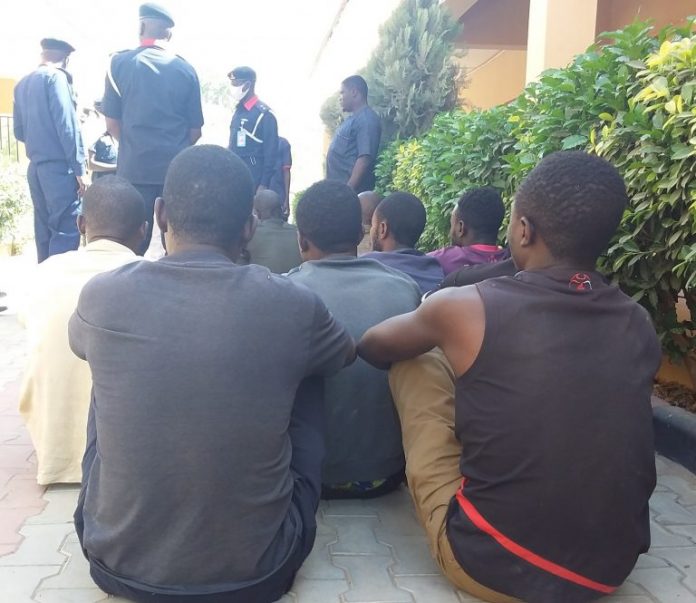 The Nigeria Security and Civil Defence Corps (NSCDC) Kano State Command, has arrested and paraded nine suspects for alleged vandalism of telecommunications facilities in the state.

Yakubu-Alada said they were arrested on March 3 at the premises of the defunct Nigeria Telecommunications (NITEL) located in Gaya town, Gaya Local Government Area of the state.

He said the suspects presented fake documents to the NSCDC office in the area, claiming ownership of the antenna and other facilities in the premises.

“The suspects through their agents tried to induce and bribe the NSCDC officer to enable them to dismantle the antenna.

“They offered N1 million bribe to the officer while their agent deducted N200,000 as his share of the money,” he said.

Yakubu-Alada explained that the command contacted relevant authorities and established that the documents presented by the suspects were fake.

He disclosed that the prime suspect was at large while nine others including seven labourers were arrested.

According to him, the suspects will be charged to court as soon as investigation is concluded.

While reiterating commitment of the command to protecting  lives and property, Yakubu-Alada urged residents of the state to report suspicious persons and movements in their communities to security agencies.