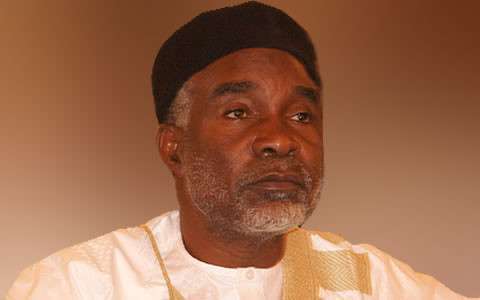 A witness to how the former Governor of Adamawa State, Murtala Nyako, looted the treasury to the account of Crust Energy Limited, showed the court on Friday documents of how about
N1,384,525,000 was diverted.
The Economic and Financial Crimes Commission, (EFCC), had charged Muritala Nyako to court over misappropriation and diversion of huge sums of money while being the governor of Adamawa state.
Nyako, a former governor of the state is facing a 37-count charge along with his son and serving senator, Abdulaziz, Abubakar Aliyu and Zulkifikk Abba, before Justice Okon Abang of the Federal High Court, Abuja.
They are alleged to have committed the fraud using Blue Opal Limited, Sebore Farms & Extension Limited, Pagoda Fortunes Limited, Tower Assets Management Limited and Crust Energy Limited, as conduit pipes.
The witness, Chinedu Ayogu, a compliance officer with Diamond Bank, while being led in evidence by O.A. Atolagbe, told the court that the bank received request with respect to some companies linked to the defendants.
“We received a request from the EFCC to provide the account opening packages of Sentinel Production and Exploration Limited and the statements of account which consisted of the Naira and Dollar accounts, and we complied,” Ayogu said.
Ayogu identified the various documents sent to the EFCC in response to the anti-graft agency’s request, which were subsequently tendered as exhibit against them. There was no objection from counsels to the defendants, as to there admissibility, and they were accepted and marked as exhibit AD.
Under cross-examination, Ayogu revealed that at various times, several amounts of money were credited into the account of Crust Energy Limited.
Ayogu said: “On May 2, 2013, Crust Energy Limited was credited with N160 million, N79 million on May 13, 2013, and another N79 million on May 14, 2013,  N150 million on May 23, 2013, and another N150 million on June 7, 2013, N120 million and N100 million on July 16, 2013, N508,500,000 on November 19, 2013, and N38,025,000 on December 10, 2013.”
According to Ayogu, the documents also indicated that “on August 13, 2013, Belmark Ent. IFO Sentinel Exploration was credited with $4,500,000. On November 19, 2013, Belmark Ent. IFO Sentinel Expl was credited with $3,000,000. On December 12, 2013, Sentinel Exploration E/O Belmark Ent. Was credited with $220,000”.
While adjourning to May 2, 2017 for continuation of trial, Justice Abang fixed March 28, 2017 to hear an application brought by Abba seeking for a release of his international passport.