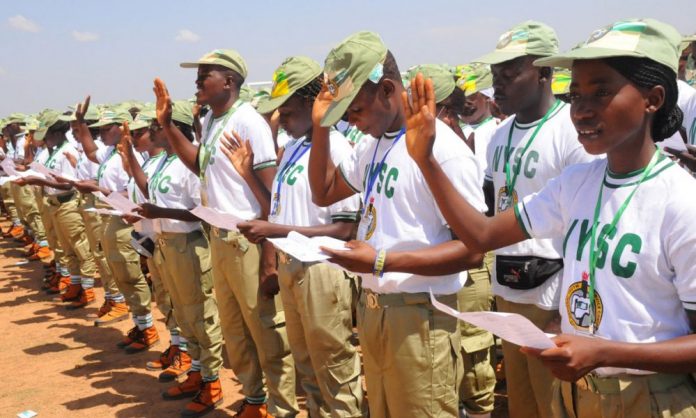 The Islamic rights organisation declared support for the Christian Association of Nigeria (CAN) which has also protested the expulsion.

MURIC leader, Professor Ishaq Akintola, in a statement on Tuesday, said those expelled have the right to satisfy their conscience regarding what to wear and what not to wear in public.
“There is freedom of religion in the Nigerian Constitution and NYSC is flagrantly violating Section 38 (i) and (ii) of the 1999 Constitution of the Federal Republic of Nigeria. NYSC is behaving like the notorious Gestapo. It is time to liberalise”, it said.
“It is not just a religious matter. Morality is involved here. NYSC seeks to destroy our norms and values. Our sons and daughters who were trained in good Christian and Muslim homes are stripped nude when they go for NYSC. This is unacceptable. Something must be done urgently if this is the mission of NYSC.

“It is absolutely wrong to force our daughters to appear in short knickers in public. It is against strict Christian and Islamic teachings. It is also an assault on the dignity of their human persons. They feel humiliated. It is a big shame. NYSC is flagrantly infringing the Nigerian constitution.

“NYSC was introduced to instill patriotism and discipline in Nigerian youth. But what kind of discipline can NYSC instill in corpers if the female members are instructed to wear atrociously short knickers that expose sensitive parts of their anatomy to prying eyes? This is a direct way of encouraging immorality and corruption.

“We invite CAN to join us in the fight against corruption and immorality. We can stop moral debauchery in Nigeria if we can all come together. Greed, avarice, massive accumulation of wealth and criminality will reduce drastically if Christian and Muslim leaders speak with one voice against all vices. This is better for Nigeria than being at logger-heads all the time.”

“We commend CAN leadership for speaking out in support of the two Christian girls who wish to dress decently. Nonetheless, we call CAN’s attention to the plight of Muslim female students who are facing persecution in South Western schools on account of hijab. It is a tale of two girls.

“The Muslim girl and the Christian girl from good homes. Both of them wish to dress decently. They feel assaulted if they are disallowed from doing so and they are both prepared to face the repercussion for challenging the status quo.

“This is why we find it curious that CAN has joined issues with Muslim parents who have gone to court to challenge tyrannical school authorities in Ibadan, Abeokuta, etc who lock out female Muslim students for using hijab.

“While the girls’ parents have gone to court to challenge the schools’ illegal, unlawful and unconstitutional decisions, CAN (which was not sued in the case) has approached the courts asking to be joined in the suit as interested parties on the schools’ side.

“We find it paradoxical that the same CAN has asked the Christian girls expelled in Ebonyi to sue NYSC. Now, how would CAN feel if an Islamic organization should also approach the same court stating reasons why the case should be thrown out?

“It is obvious that Muslims have nothing to do with the Ebonyi case in the first place, so why join issues over it? But why did CAN join schools sued by Muslim parents whose daughters are being persecuted? Is it for Jacob or Esau?

“We call on the new director general of the NYSC to intervene in the issue of the two Christian girls expelled in Ebonyi. Those two girls should be recalled. We also advise the new NYSC leadership to set the machinery in motion for a review of the NYSC dress code in line with the issues raised by religious groups.”