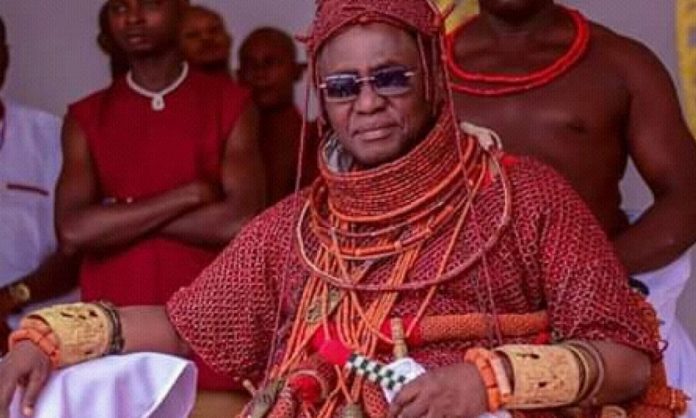 The Oba of Benin, His Royal Majesty, Ewuare II, at the weekend, admonished the federal government as well as Governor Godwin Obaseki of Edo State that the right destination and custody of the repatriated Benin artifacts from Europe is the Benin Royal Museum cited within the precincts of the Palace of the Oba of Benin, the custodian of the Benin cultural heritage.

Ewuare II at an emergency meeting at the  palace last Friday, requested the federal government to take temporary custody of the artifacts when repatriated from Europe until the royal museum is ready.

The Oba cautioned that individuals or institutions dealing with the private company, Legacy Restoration Trust, on the return of the looted artifacts does so at their own risk and against the will of the Benin people.

Ewuare II subsequently told Governor Godwin Obaseki to reconsider the plan to use of a private company for the custody of the artifacts to be returned, insisting that the artifacts must be returned to where they were taken from.

Governor Obaseki may be alone in his diversion plot. Edo sons and daughter in diaspora haver sustained mass rally in foreign countries declaring their support for the return of the looted Benin artifacts to the Palace of the Oba of Benin. It has become clear where the people of Edo State stand in the controversial arrangements by Governor Obaseki.

Edo chiefs, market women and other indigenes, had in an earlier meeting at the Palace of the Oba declared the return of the looted Benin artifacts to the palace. There are indications that Governor Obaseki may be setting Edo State in turmoil if he insists on his intention hijack the custody of the looted artifacts proposed for return to the Benin kingdom from where they were stolen ab initio.

Germany, through its Director-General of Culture and Communication, Dr Andreas Gorgen, had on May 18 disclosed that Germany has considered a restitution mission to Nigeria to return all artifacts taken from the Benin Empire. The stolen artifacts were identified to include bronze, wooden, brass, metal and ivory tusks; collectively known as the Benin Bronzes.

The Federal Government, Edo State Government and the Benin traditional institution had held a meeting in Berlin, Germany, on the return of stolen artifacts to Edo State.

The German Minister of State for Culture, Prof. Monika Grutters, had declared that the European nation was ready to make a ‘substantial return’ of the 1,130 looted artifacts to the Benin Kingdom, Edo State, Nigeria.

In attendance at the meeting in Berlin were the German Minister of State for Culture, Prof. Monika Grutters, and Foreign Minister, Mr. Heiko Maas; the Nigerian delegation included the Minister of Information and Culture, Alhaji Lai Mohammed; Governor Godwin Obaseki of Edo State; while the Benin Royal Palace was represented by the Crown Prince of Benin Kingdom, Prince Ezelekhae Ewuare.

The Nigerian Minister, Lai Mohammed, had demanded full and unconditional return of the 1,130 Benin artifacts domiciled in German museums. He had insisted that the return should be in full not substantial.

Lai Mohammed had pointed out that the provenance, the place of origin of the artifacts, is not questionable, and should not delay the repatriation of the art works. The minister had declared “That they are known as Benin Bronzes, which is already a confirmation of their source of origin.”

At a separate meeting with Maas, Mohammed also reiterated that no condition should be attached to the return of the artifacts.

Governor Obaseki has been generating controversies over his plot to convert the Benin artifacts to state property, denying the people of the Benin Kingdom the legacy and property of their ancestors. The governor is deepening the controversies with the creation of private organizations registered with the Corporate Affairs Commission (CAC), duplicating or displacing the registered foundation and structures by the Oba of Benin.