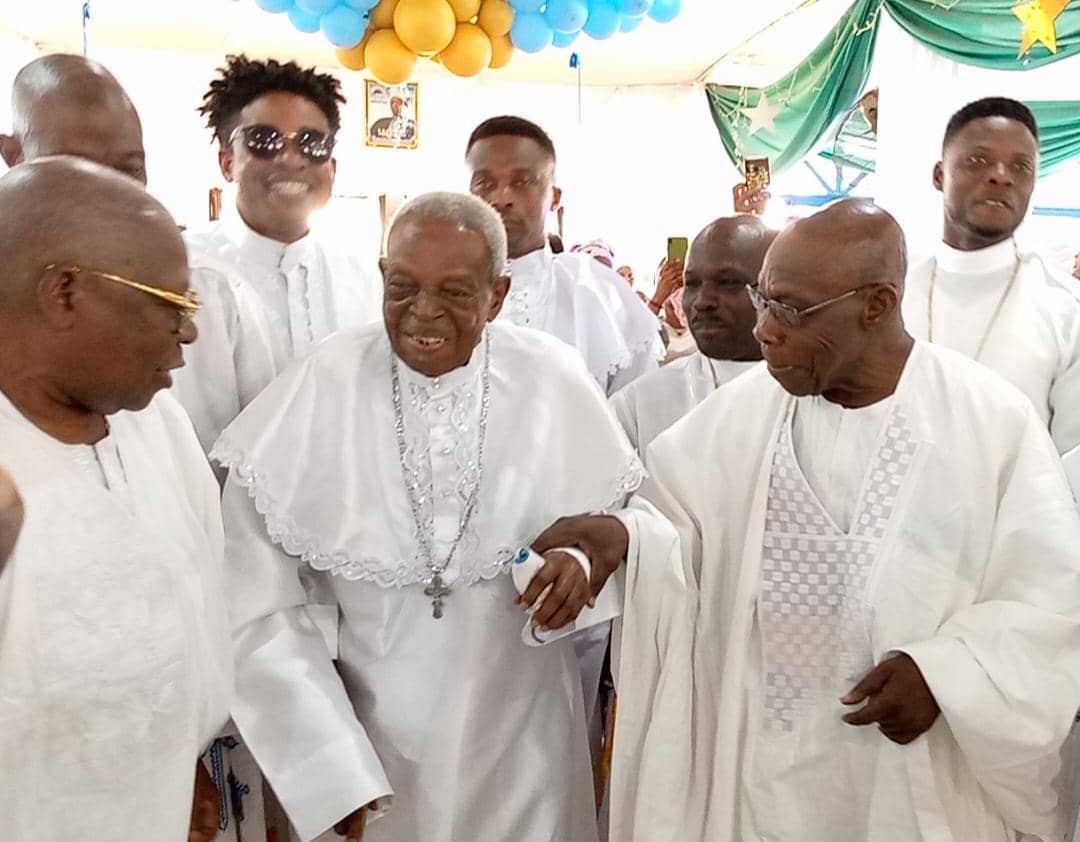 Chief Olusegun Obasanjo has congratulated former governor of Ogun State, Sen. Ibikunle Amosun and a member of Board of Trustees (BoT) of the Celestial Church of Christ (CCC) Worldwide, Most/SUP/Evang. (Prince) Emmanuel Taiwo Oladipupo Oshin on their 68th and 98th birthdays respectively.

Speaking at a Thanksgiving Service held at the CCC Worldwide, Losi Oba Parish, Ikorodu Lagos State, on Tuesday, Obasanjo eulogised Baba Oshin for his steadfastness and uprightness as he celebrated his 98 birthday ceremony.

Obasanjo prayed that despite his age, next month’s election would be a turning point for Nigeria, and he (Baba Oshin) would begin to witness a better and desirable Nigeria.

“As we are all witnessing that things are not what they are supposed to be in the country. Next month is our election, my prayer is that Baba will begin to witness better things from the new election,” Obasanjo prayed as congregants echoed “amen, amen”.

He noted moreover that for the congregants to get a desired country, “we have to do what is right during the forthcoming presidential election for the prayers to come true.”

At the Ibara Housing Estate Abeokuta residence of the Amosuns on Wednesday, the former president paid him a visit to felicitate on his 65th birthday anniversary.

Obasanjo, who was on an early morning visit, and arrived at about 7.00am, used the period to pray for the celebrant (who was joined by his wife), and his household.

Tinubu promises to end fuel scarcity, silent on how