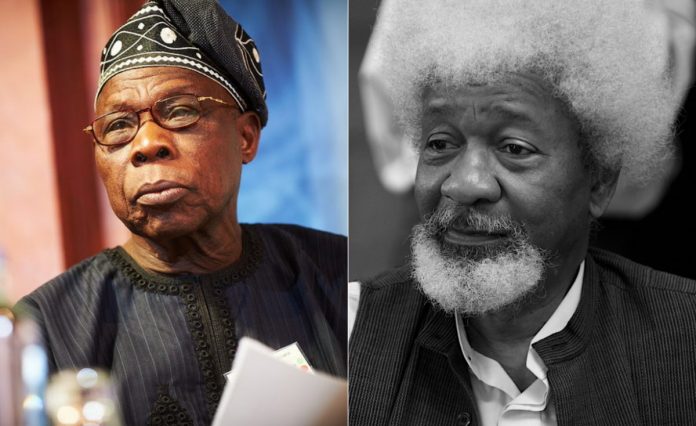 Former President Olusegun Obasanjo and Africa’s first Nobel laureate, Prof. Wole Soyinka have both opened up on the age-long feud between them, insisting that it may not end so soon.

At different forums, the two elder statesmen from Abeokuta, expressed their minds on the lingering feuds, explaining why it could continue to be so.

Obasanjo during an interview monitored on Afrospace TV, said Wole Soyinka and himself have been having a running battle, “And he has said it will not end until one of us leaves this world. I’ve said in this book that you are talking about that even if he leaves this world before me, and when I get to heaven, I hope he will be there to welcome me.

“Then what I know as his character, I pointed it out in this book. And that’s my sincere opinion. Well, he’s a good connoisseur of wine. I know that, even when I was in Dodan Barracks, he would come and visit me and bring his own wine. And I love that.

Reacting in another forum, Professor Wole Soyinka said Obasanjo is entitled to his opinion, “on the other hand, Obasanjo was once described by an economist as an economic illiterate.

“So, an economic illiterate calling somebody else a political illiterate, no problem at all. You see, one of the reasons why I never bother about Obasanjo’s comment at all is because I do not have any respect for him at all.”