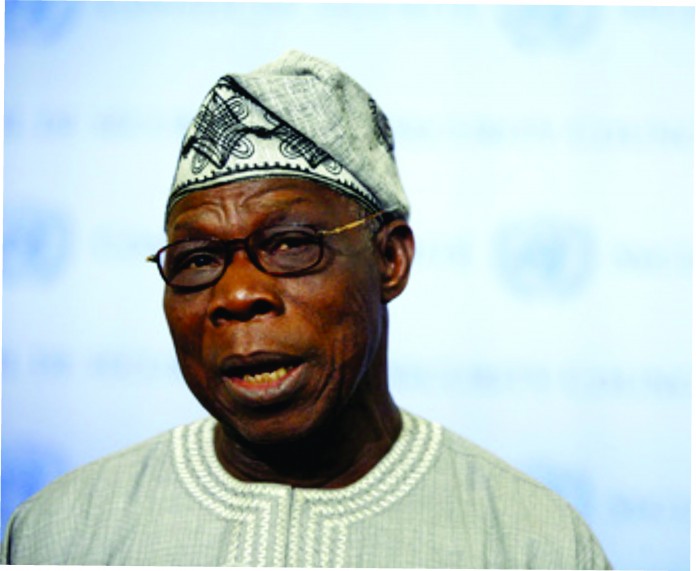 The wife of the former President Olusegun Obasanjo has instituted a law suit at the Ikeja High Court on Monday to stop the wedding of her son scheduled to take place on May 11.

National Daily gathered that Mrs Taiwo decided to sue her husband and the father of the bride for excluding her in the marriage preparations of her son, Olujonwo Obasanjo.
Olujonwo is expected to marry Tope Adebutu  May 11 and May 12 after a lavish introduction took place on December 17, 2016.
Obasanjo and the father of the bride, Sir Kessington Adebutu, promoter of Premier Lotto known as “Baba Ijebu” are said to be the respondents to the suit.
In the suit No: ID/262FPM/2017; Mrs Obasanjo is praying the court to shift the wedding date to after June 1 saying that as the mother of the groom, she has to take part in deliberations, decisions and activities leading to the ceremony.
ALSO READ:
It was further learnt that invitation cards have been sent out prior to her suit.
It was gathered that her decision to insist on postponing the wedding was accentuated by what some men of God told her that his son, whose birthday is June 1, must not be involved in elaborate ceremony before his birthday.
National Daily further learnt that Olujonwo will turn 34 years old on June 1.
Share this on WhatsApp