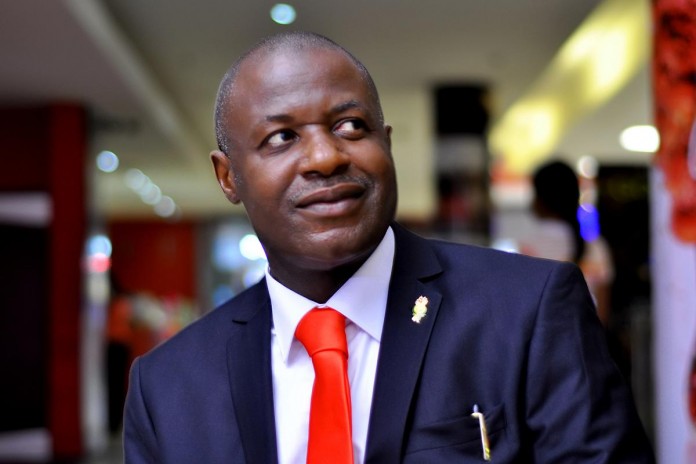 Share this on WhatsApp
Spread the love
By INYALI PETER, Calabar
Amid resumed militancy in the Niger Delta region, a Chieftain of the All Progressives Congress (APC) and governorship candidate of the party in the 2015 general election in Cross River State, Mr. Odey Ochicha, has appealed to militants to cease fire and embrace peace and development.
In a statement in Calabar, Ochicha, said that there were better and civilized ways of placing their demands before the government rather than engaging in all forms of criminality.
The statement was issued in reaction to the recent threat by militants during a protest to the Governor’s office in calabar that if their demands were not met, they will take up arms against government, warned that the militants should not take laws into their hands. He pointed out that “Peace is priceless; violence is senseless.”
Ochicha maintained that the militants in the region, especially, the Bakassi Strike Force, who have reportedly taken control of two local governments in Cross River State, should consider engaging in dialogue with government instead of violence.
The APC chieftain noted that development cannot take place in a hostile environment; he therefore, appealed that all hands should be on deck to ensure the current security situation posed by this uprising doesn’t go out of control.
According to him, “The resumed militancy in the Niger Delta region is a very disturbing development to every patriotic Nigerian who mean well for this country.”
ALSO SEE: Balanced, fiscal federalism, solution to Nigeria’s problems not separation — Ochicha
“In Cross River State, the Bakassi Strike Force is currently occupying two Local Government Areas as reported by the media. This is not healthy for a state which prides itself as the most peaceful and tourist destination in Nigeria. I want to appeal to the militants not to take laws into their hands. They should engage government in dialogue and engage not violence as development cannot thrive in a hostile environment,” Ochicha stated.
The governorship candidate tasked government to engage all stakeholders across party lines, to ensure normalcy is restored in the state.
“Security is everybody’s business but the government must take the lead. We need a policy direction from the government on how to tackle the current security challenges confronting the state. It’s high time the governor stops his junketing from one country to another to face delivering good governance. No investor will dare to invest in a state where kidnapping and broad day robbery have become the order of the day. All stakeholders involving political leaders, traditional rulers, heads of faith based organizations, heads of tertiary institutions among others should be engaged in combating this heinous crime,” he declared.
“Where the government continues to exercise incompetence in protecting lives and properties which is the cardinal responsibilities of any government at all levels, Cross Riverians may be forced to demand the immediate resignation of the governor because the State House of Assembly may not consider impeaching him as it has made itself a rubber stamp to the executive organ”, Ochicha advocated.
Share this on WhatsApp