The President-General of Ohanaeze Ndigbo Worldwide, Professor George Obiozor, had in a welcome address during the one-day visit of President Muhammadu Buhari to Owerri, Imo State, on Thursday, demanded for state police to complement the federal police in security management in Nigeria. The Igbo leader also renewed demand for devolution of powers between the federal and state governments. Professor Obiozor was, however, silent on the zoning of the presidency to the southeast in 2023.

Meanwhile, the ruling APC has zoned the 2023 presidential ticket to the south, being contested by presidential aspirants from the south-south, southwest and southeast, though at the lobbying stage.

Prof. Obiozor had, however, told President Buhari that the most urgent and imperative need of Ndigbo today is security. According to him,  “Regrettably our Southeast Zone has recently become a theatre of conflict, negating the peace-loving nature of our people.”

The Ohanaeze president, therefore, demanded: “In this context, Ohanaeze Ndigbo calls for the establishment of a zonal and state police apparatus to support and complement the existing Federal Security architecture.”

He added: “It is in this same vein that Ohanaeze Ndigbo, appeals to you, Mr. President, to see to the release of Igbo youths detained by various security agencies across the country.”

Professor Obiozor also stated: “nothing is more important to the Igbos in Nigeria today, more than the restoration of a serious sense of belonging and the spirit of Nigeria’s founding fathers based on one nation, one destiny.

“And we believe this is possible through the Devolution of Power, ensuring a sense of balance in our political system.”

Obiozor was convinced that through devolution of power, Ndigbo can have a sense of belonging in the Nigerian state than through the zoning of the presidency to the southeast in 2023 as leading state and political leaders in the region are demanding. 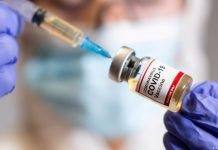