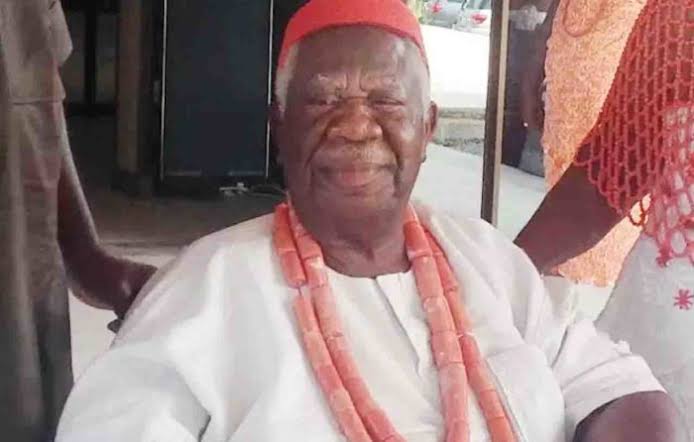 Governor Ifeanyi Okowa of Delta State has sent his condolences to the Okonjo family and the People of Ogwashi-Uku in Aniocha South Local Government Area on the passing of the Obi of Ogwashi-Uku Kingdom, Obi Prof. Chukuka Okonjo, who joined the ancestors at the age of 91 years.

He noted that the departed monarch was a renowned Professor of Mathematics, who devoted his life and time to the promotion of peaceful coexistence and development of education in several parts of the world where he taught as secondary school teacher, university lecturer and international public administrator.

The governor described the deceased as a world class public servant whose love for education was unparalleled and accounted for the successes he recorded everywhere he worked.

“On behalf of the government and people of Delta, I mourn the passing of a renowned academic, international public servant and traditional ruler of repute.

“Apart from being the King of Ogwashi-Uku, I believe that the late Chukuka Okonjo will be remembered for his role in refocusing tertiary education in Ghana.

“It was in the course of this that he developed the double intake system designed to achieve significant increase in student enrollment rates in Ghana which later earned him the highest civil national award from the Government of Ghana.

“The award which was conferred on him in 2016 by President John Dramani Mahama was in recognition of his stellar and distinguished contributions to the country’s education system.

“As Director of the Regional Institute for Population Studies (RIPS) at the University of Ghana, Legon, Accra, Professor Okonjo installed the first African population information network popularly known as the Population Information and Documentation System for Africa (POSA) valued at 350,000 dollars,” Okowa declared.

The governor paid tribute to the deceased King’s contribution to peace and development, particularly his significant role in ensuring peaceful co-existence between the people of Ogwashi-Uku and their neighbours.

“My condolences also go to his wife of 66 years, Prof. Kamene Okonjo, and former Finance Minister, Dr Ngozi Okonjo-Iweala and her siblings on the passing of their beloved father and renowned academic.

“I pray that Almighty God will comfort the family and grant the deceased eternal rest and reward his good virtues while he lived,” he added.