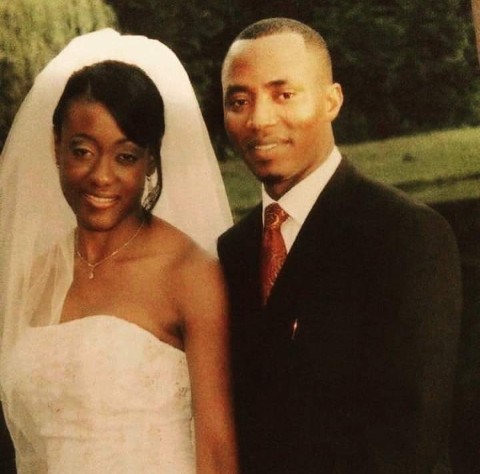 I know Omoyele Sowore very well. I was a syndicated columnist for his Sahara Reporters for years writing side by side with some of the famous black writers like Nobel laureate Wole Soyinka, Rudolf Okonkwo, Okey Ndibe, Remi Oyeyemi to mention a few.

Omoyele Sowore has been a great patriot and a radical from his days as a one time President of the University of Lagos Students Union.

I am old enough to be Omoyele’s father but I believe in him enough to voluntarily work for him free of charge at the Sahara Media Company of New York where he gave me the latitude to choose or determine my own working hours because I came out of retirement from the New York State Public Service to kill boredom and loneliness by doing something I enjoy doing and for a cause I believe in.

Omoyele gave me a chance to do that pretty much like Dr. Emmanuel Fashakin, the President and CEO of Abbydek Medical and Family Practice In New York had done by allowing me some 12 hours a week to come out to his Clinic at the Richmond Hill In Queens to keep myself engaged in doing something productive to stave off depression and loneliness.

I can never forget the two individuals and I would bend over backwards to champion their cause and to defend them if I need to.

It is in that spirit that I am writing this piece to persuade the Buhari Government and to remind President Buhari never to forget that he was once haunted by the Government in Power and put in detention so many times for fear he might instigate civil discord and unrest if not put in detention.

I remember the time when Buhari once threatened to make the country ungovernable for losing an election and for being rejected three times in his quest to be elected the President of Nigeria for upwards of 30 years from 1985 to 2015.

Just like Buhari is now the President of Nigeria, a prisoner of conscience like Omoyele Sowore who did not do anything worse than what Buhari had done, could still one day rule the country pretty much like Mandela had done at one point in South Africa and like Robert Mugabe who just died in Singapore at 95, had done in Zimbabwe.

A country of close to 200 million like Nigeria can never be in short supply of radicals like Omoyele Sowore from Kiribo a little Village in Ilaje Ese Odo on Ondo State.

Omoyele Sowore is a great patriot who wants the best for Nigeria. The Nigerian Government must not let him rot away in detention. The sooner they bring him to Court and to let him defend himself, the better for him and the country.

A good number of the youths of the country believe in his dreams and vision for Nigeria.
Buhari needs not make a Mandela of him. The young man deserves to regain his freedom because he has the potential to make a contribution to Nigeria and to make a difference.

His family, his wife and his young children need him. Buhari should temper Justice with mercy and bring Omoyele to Court without further delay to defend himself.

If the Government has any concrete and provable evidence against him, we want to hear it. Let them produce them in Court.

It makes no sense to keep Sowore indefinitely in detention without trial in a country supposedly governed by the Rule of Law.

I recall how many Nigerians and Africans he was able to employ and was able to launch into the limelight as the CEO and proprietor of the Sahara Reporters Media Company of New York where few Nigerians and other nationalities from Columbia University have always come to do their Internship In Mass Communication because of the special relationship between Omoyele Sowore and his Alma Mater, the famous Columbia University.

Razor blade sharp Adeola Fayeun of the “Keeping it real” fame who has now become a star on You Tube was initially tapped by Omoyele Sowore. She served her pupillage under Omoyele Sowore.

By the same token highly talented Rudolf Okonkwo otherwise known as Dr. Damages who started as Omoyele’s second-in-command has clearly found his voice in the Entertainment Industry and he has now launched his popular and successful comedy program on You Tube.

Humble Prince Olu Faloye who pioneered the Sahara Radio Program is today one of the best DJs and Events Planning Juggernaut in the greatest city in the World.

I can count so many Nigerians and Africans like the above three who have made headways in the News and the Entertainment Industry In America and around the globe by serving their pupillage at the Sahara Reporters Media Company of New York that Omoyele Sowore had founded with his own sweat.

Omoyele Sowore deserves to have his freedom back in the interest of Justice and fair play.

The time has come for Omoyele to get his freedom back.