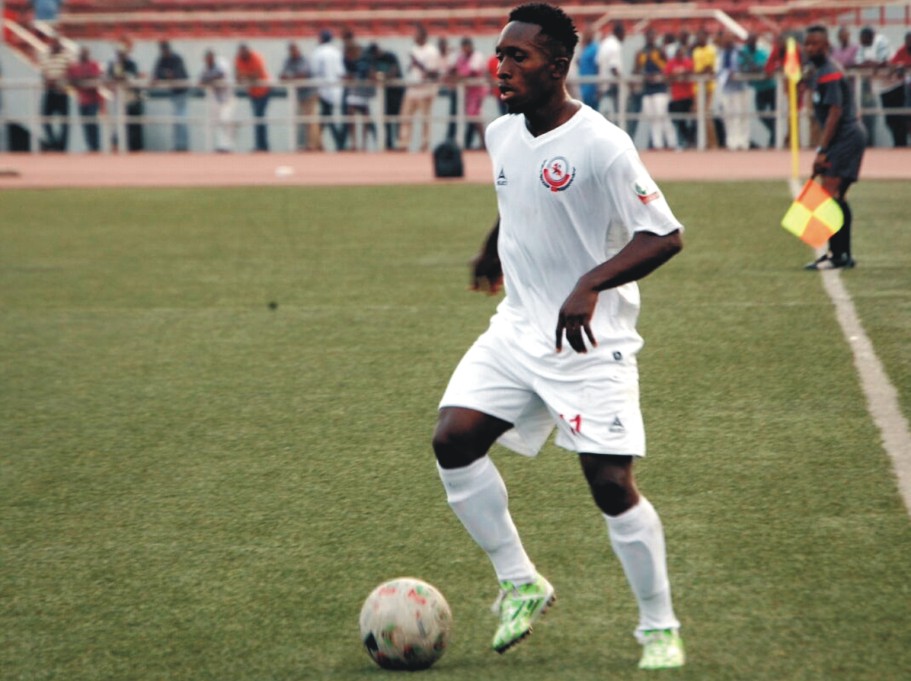 Former Nigerian league champions, Rangers International F.C of Enugu could not make their dominance count in the Match Day 22 NPFL 2017/2018 encounter with table topping Lobi Stars of Makurdi as the ‘Flying Antelopes’ fell to an Anthony Okpotu’ well taken free-kick from the edge of the box on 65 minutes.

It was a game that saw the host take the initiative and attacked as soon as the referee, Ali Colo signalled the start of hostilities with Sunny Akleche, Anthony Okpotu and Austine Ogunye probing the rear guard of the visitors which stood like a rock of Gibraltar.

Rangers’ quartet of Ajani Ibrahim, Christian Pyagbara, Felix Ogbuke and Godwin Aguda turned the tide of the game as it approached the quarter hour mark and it was a beautiful brand of football they dished out to the appreciation of the half full Aper Aku stadium, Makurdi.
Godwin Aguda had a great opportunity presented to him on 17 minutes after the host’ goalkeeper, Ospino Egbe and defender, Hope Fiberesima had a mid air collision with the ball bouncing gracefully for the Rangers midfielder whose volley was over hit and sailed over the cross bar.

On 28 minutes, it was Felix Ogbuke’ turn to twitch his face in anguish as his effort inside the box sailed harmlessly out of target with the goal tender stranded on the other end of the post while on the stroke of half time, Aguda was set to stab the ball inside a yawning net after some neat interchange of passes released him but the referee cut the move with the sound of his whistle to end the first half to the disappointment of the spectators inside the stadium.

At the start of the second stanza, the host started as they did in the first and Seidu Mutawakilu had to make two brave saves on 52 and 58 minutes as the forward line of Lobi Stars turned in the screw and on 65th minute, Anthony Okpotu rose to the occasion as his well struck free kick from the edge of the box beat the broken five man wall set by the Ghanaian shot stopper for the only goal of the encounter.

Other efforts by the ‘Flying Antelopes’ to find a way past the defence of the host proved abortive as a combination of time wasting tactics and timely challenges and tackles from the players of the host team ensured Lobi Stars made it two wins over the seven time league champions in the current NPFL season and kept their place at the summit of the twenty team log while Rangers dropped to the 7th position.