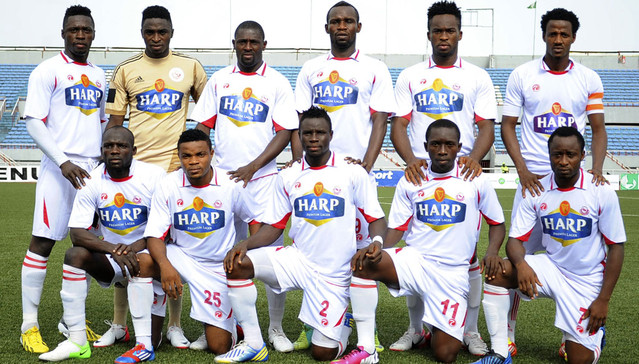 Ahead of the commencement of the remaining matches of the 2017/2018 NPFL season due to resume July 18, 2018, coaches and players of seven time Nigerian league champions, Rangers International F.C have intensified their trainings with a belief of finishing the season strongly,National Daily learnt.

The coach Olugbenga Ogunbote tutored side had resumed training June 21 after a ten-day break and have been working on the noticed lapses in the team with the players working on taking advantages of set piece situations.

As a measure of what is to come in the remaining part of the season, the Coal city ‘Flying Antelopes’ dispatched Enugu armature side, Golden Stars F.C 3-0 in a practice match, over the weekend with Godwin Aguda, Salau Ibrahim and Chidera Eze scoring in the second half of the game after the armature side held out in the first half.

Coach Ogunbote, while addressing the players after the practice match, called for more efforts from every player to help the team achieve its set target for the season stressing, “We have a quality team here but we need to work on our attitude to work. We can do it together. Let us work together to achieve our goals.”

Rangers are currently placed 10th on the twenty team log with thirty-three points from 24 matches and brides itself as the team with the best defence after leaking 15 goals.

The 2016 NPFL league champions will be hosting Nasarawa United in a match day 25 encounter slated for the main bowl of Nnamdi Azikiwe stadium, Enugu on Wednesday, July 18, 2018.