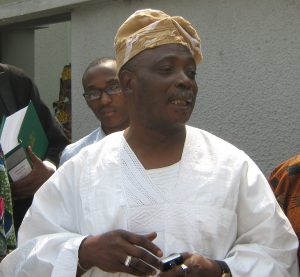 In the on-going succession crisis rocking Ibadan following the death of Oba Saliu Akanmu Adtunji, the Olubadan-in-Council that must decide the successor is getting more polarized.

At a meeting in Mapo Hall, Ibadan, where the council whom the late Olubadan banned from his palace (because they are crowned chiefs), former Oyo Governor Rasidi Adewolu Ladoja was not present.

He is the only uncrowned member of the council and Osi Olubadan.

Many have seen Ladoja contending the throne with Lekan Balogun, the Otun Olubadan, on whose side other chiefs are.

While Ladoja was the only one present at the funeral of the late Oba, the other 11 chiefs were at Balogun’s working on his succession.