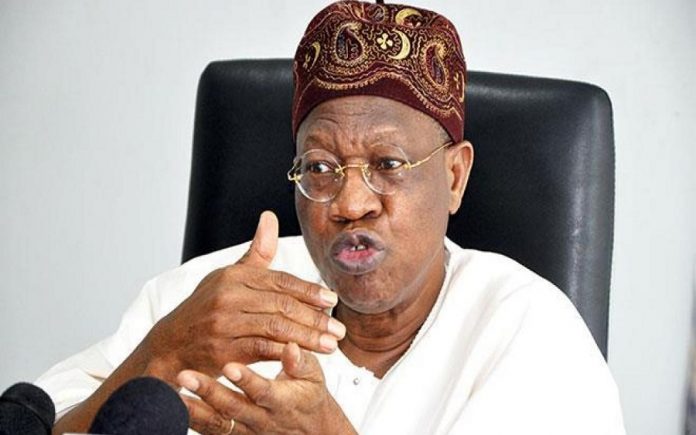 The federal government has tackled the British Government to review the travel ban imposed on Nigeria over the Omicron COVID-19 variant.

Information Minister Lai Mohammed made the call at a press conference in Abuja on Monday.

He said though the Presidential Steering Committee on COVID-19 would respond to the ban appropriately, he as the spokesman of the Federal Government view the decision as grossly unjust, unfair, punitive and indefensible.

He queried why the Britain could such an action on a country of over 200 million citizens just because of very few cases.

He said the decision was not backed by science or common sense.

According to the Minister, instead of taking the easy path of travel ban, the issue of vaccine without discrimination ought to have been looked into.

“I can say, without mincing words, that the decision by the British government to put Nigeria on the red list, just because of less than two dozen cases of Omicron which, by the way, did not originate in Nigeria, is unjust, unfair, punitive, indefensible and discriminatory. The decision is also not driven by science,” he said.

“How do you slam this kind of discriminatory action on a country of 200 million people, just because of less than two dozen cases? Whereas British citizens and residents are allowed to come in from Nigeria, non-residents from the same country are banned.

“The two groups are coming from the same country, but being subjected to different conditions. Why won’t Britain allow people in both categories to come in, and be subjected to the same conditions of testing and quarantine? This is why this decision to ban travellers from Nigeria, who are neither citizens nor residents, is grossly discriminatory and punitive.

“Gentlemen, let me use this opportunity to highlight the fact that travel ban, the type that has been slammed on some African countries, is a knee-jerk reaction that can only be detrimental to our quest to most conclusively tackle this pandemic.

“Instead of these reflex responses that are driven by fear, rather than science, why can’t the world take a serious look at the issue of access to vaccines, and ensure that it is based on the principles grounded in the right of every human to enjoy the highest attainable standard of health without discrimination on the basis of race, religion, political belief, economic or any other social condition.

“Many developed countries have used the advantage of their enormous resources or relationship to sign agreements with manufacturers to supply their countries with vaccines ahead of making them available for use by other countries.

“Even before the clinical trials were completed, millions of doses of the most promising vaccines have been bought by Britain, US, Japan and the EU. Some of these countries bought doses five times the size of their population, while others, mostly in Africa, have little or no access to vaccines.

“This is the real issue to address, instead of choosing the easy path of travel bans, which the UN Secretary General called Travel Apartheid. Let the world know that no one is safe until everyone is safe.

“We sincerely hope the British government will immediately review the decision to put Nigeria on its red list and rescind it immediately.

“Nigeria has handled the Covid-19 pandemic with utmost responsibility and based on science, and has rightly earned global accolades for its efforts. Nigeria does not belong on any country’s red list.”