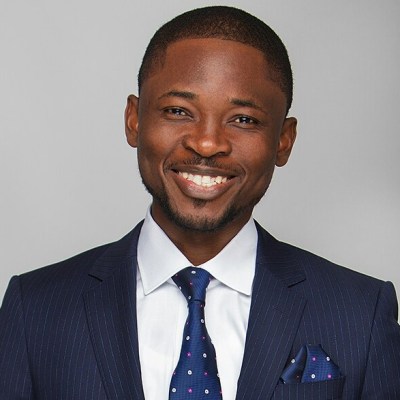 Social media influencer J.J. Omojuwa’s bubble has burst following an opinion manipulation campaign he undertook for Venezuelan Envoy Alex Raab, a wanted criminal in the US. The gig has eventually exposed his own criminalities.

Omojuwa is now being sued by ex-Minister Obi Ezekwesili, one of those he secretly listed as directors, uncovered by Buzzfeed in an investigation of his company Alpha Reach Media, and some other social media influencers played in campaigning for the international suspect.

The Nigerian social media influencers were paid to recruit more influencers in the #FreeAlexSaab Twitter blitz that led to their account been suspended for suspected criminal activities.

In a letter written by her lawyer Marshal Abubakar, from Falana and Falana Chambers, Ezekwesili, another social media influencer, said she was shocked when the US-based online platform confronted her with the CAC detail of her appointment on the board of the firm.

Omojuwa’s company, which was registered with the Corporate Affairs Commission in 2012, also has Kaduna State Gov. Nasir el-Rufai as director.

According to the letter, Alpha Reach Limited was incorporated at the CAC in 2012 as a construction company. Apart from Ezekwesili, El-Rufai, and Omojuwa, another person listed as director is Damilola Ogunleye.

In 2017, Ezekwesili was removed as a director and replaced with Indimi Ahmed Mohammed, the son-in-law to the President Muhammadu Buhari.

As a social influencer, Omojuwa calls out politicians for bad leadership, and such confrontation endears him to his followers. Yet, as the document reveals, the the 37 year-old courts the likes of Kaduna governor and Buhari’s son-in-law.

To further underscore Omojuwa’s criminalities, the lawyer said his client had inquired from Alpha Reach her own status in the company.

“…But you informed her that the Alpha Reach Company Limited is your company and that she is not involved in it at all. Our client also requested for the incorporation documents from you and you promised to make the same available to her within a week but you never did.

“On account of the foregoing, we have the firm mandate and instruction of our client to demand the following: That you upon receipt of this correspondence cause to be issued a public statement/apology exonerating our client from the incorporation process and activities of the Alpha Reach Limited.

“That you give a detailed account (to our client via correspondence) the circumstances leading to the incorporation of Alpha Reach Limited and attach the Certified True Copies of all the incorporation documents submitted at the Corporate Affairs Commission in the course of registering the said company.

“It is our hope that you accede to the foregoing request forthwith otherwise we shall be left with no choice but to employ all legal avenue (s) to seek redress.”

Omojuwa, however, has denied he made the former minister director.