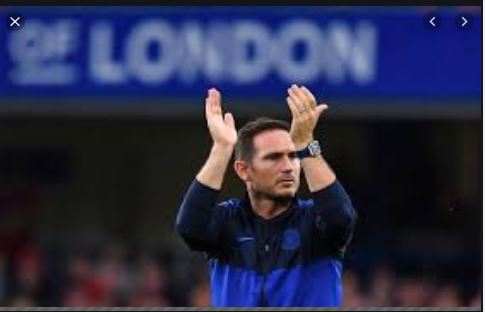 National Daily gathered that Christian Pulisic has admitted that he has been “hurt” at finding himself left out as the £58m winger struggles to adapt to life at Chelsea.

Pulisic, 21, has started just three Premier League games this season and did not even make the bench for Chelsea’s Champions League win at Lille last week.

The USA international has found himself down the pecking order at Stamford Bridge but insists he will not give up after his summer move from Borussia Dortmund. 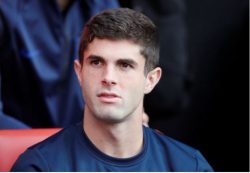 “Of course (it was difficult to be left out at Lille). You want to play, be on the field and be in the team as much as you can and it hurt not to be there but I’m happy I got my opportunity at Southampton.

“Culture-wise, it’s been easier to settle than it was in Germany to be honest. From the football side, I guess you could say that. Obviously, I haven’t been getting as many minutes as I would like. I will just keep going, keep pushing. I know my time’s going to come.

“I’m not just going to throw a fit and give up ever, so if I’m on the bench it doesn’t mean the gaffer doesn’t think I’m a part of the team, I’ve just got to keep pushing and earn my spot.”

Pulisic has provided four assists this season and laid on another at Southampton when he came on as a late substitute.

But Pulisic admits the criticism has hurt, although he insists the level of expectation which comes with his £58m price tag has not weighed him down.

Pulisic added: “You can’t completely ignore it. I don’t live under a rock. I hear things, I see things, but I do my best to block it out. I’m just working hard for myself.

“The outside opinions don’t matter as much to me as to what’s in the team and myself and the people who care about me. So I’m just going to keep working and do my best and not worry about it.

“This number (£58m) doesn’t mean anything to me. Obviously, I go out and try to give my best every time I’m on the pitch. 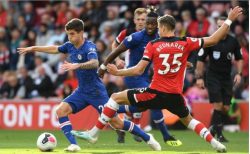 Pulisic came off the bench last weekend against Southhampton

“I’m not sure what the price tag means to you, but I just have to keep trying to perform at my best for myself and for the team.

“I did the best I could with the minutes I got. I tried to help the team as best I could. I guess I’m happy but I going to keep working harder, and I’m never going to stop to try to get more minutes.

“The level of competition has been great. Competition in the team can only make me better and I think that’s what makes teams, it’s guys who are maybe not the second or third man, but they are pushing each other in training every single day. That’s what a good team is all about.”

Man United fans deserve results and not apologies from Solskjaer