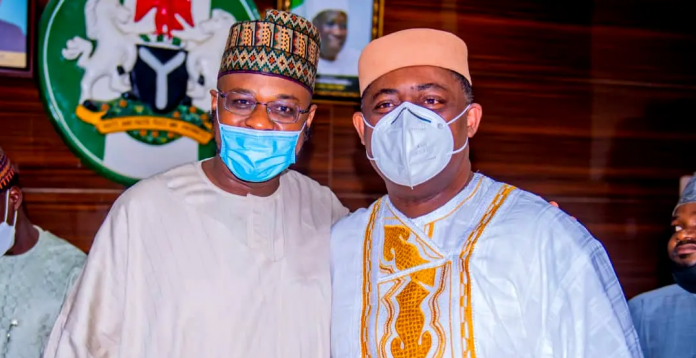 In April, Femi Fani Kayode barfed out boluses of expletives on Digital Economy Minister Ali Pantami, calling him a religious bigot, an ethnic supremacist, an unrepentant jihadist, a lover of bloodshed, carnage and terror and a psychopathic and clearly insane individual.

“Pantami is not fit to be a minister of the Federal Republic, but he is also not fit to walk our streets freely.”

In August, a meet-up at President Muhammadu Buari’s in-law house in Kano changed everything.

Pantami became a brother and friend of the APC harshest critic.

Since then the relationship has become somewhat romantic, politically.

Word for word, the PDP warrior and former minister has swallowed his vomit.

In an article he wrote, Fani-Kayode has been celebrating the minister as the hero of counter-terrorism.

“In the last few weeks, there has been a remarkable and devastating onslaught on the killer bandits and murderous terrorists of North-Western Nigeria.

“Zamfara state has been the model case and other North Western states including Katsina, Kaduna, Sokoto, Jigawa, Kebbi and Niger state have taken the cue and have also risen to the occasion.

“What the Governors of these states have done has been inspiring and has brought hope to millions of people all over the North and indeed all over the country.

“I sincerely hope that the Governors of the states of the South and other parts will also cultivate the political will to take the sort of drastic measures that have been taken by the North-Western Governors in order to save lives.

“One of the most innovative and effective measures that has been taken which is unique to Zamfara and which I hear will also be introduced in some of the other North-Western states at the soonest is the shutting down of all communication networks within the state.

“This has totally crippled the terrorists and their kidnapping operations and it has worked wonders.

“The fact that the Hon. Minister  Of Communications, Professor Isa Pantami, can implement such measures at the behest of the Governor of Zamfara and help in this way speaks volumes for him. No other Minister has dealt such a heavy blow to the terrorists over the last six years and none has cultivated the sense of urgency to do so.”

Pantami was in the eye of the storm in April, when his past pro-Taliban comments and sympathetic words for al-Qaeda about 10 years ago were dug up.

Nigerians wanted his sack from Buhari’s cabinet then.