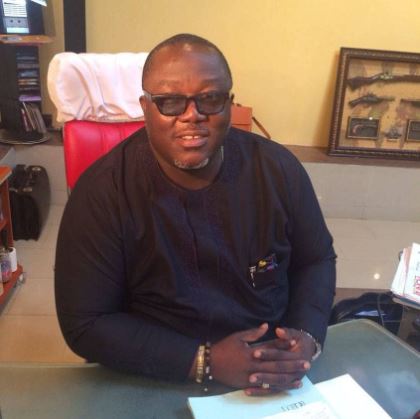 Share this on WhatsApp
Spread the love
Adeseni Doherty, Lagos PDP ChairmanLagos State chapter of the PDP on Monday rejected the results of Saturday’s council elections in the state.

PDP chairman, Deji Doherty, alleged in a statement that the polls were manipulated to favor the ruling APC.

“I seize this opportunity to state categorically that any result published by Lagos State Independent Electoral Commission (LASIEC) is fake and unacceptable to PDP in Lagos State.

“We reject any result already released or that would be released and we hereby state that a decision will be taken as regards our next line of action, after the collation of our results and due consultation with our lawyers.

“As a party who are the pioneers of democracy in the country, we believe it is in the best interest of our youths and law-abiding citizens of the state to seek redress legally rather than lock horns with the ruling party in mobilizing thugs to shed blood in protecting our votes.

“We believe our success at the council elections is not worth the blood of any youth in the state,’’ Doherty stated.

He added that the PDP had observed from the results received so far that the ruling party did not perform as expected and decided to go all out to rig the election.

“This desperation by the APC created a wave of crisis throughout the state especially in Oshodi, Isolo, Agege, Alimosho, Eti Osa, Ojo, Ajeromi Ifelodun, Mushin, Badagry, Ikorodu and a couple of other local government and local council development areas.

“These councils among many others experienced full-blown over-voting, ballot snatching, and LASIEC collaboration with APC agents to remove sensitive voting materials out of the councils.

“There was no involvement of other parties in the monitoring of voting materials,’’ Doherty added.

He also stated that the PDP had reports that some members of the APC did not vote as they were protesting against the imposition of candidates in the party.

“These are very obvious signs that the people have lost confidence in the democratic system in the APC-led government of Lagos State.

“We stand bold to say that if the results in a free and fair environment are not tampered with, our party would win a few chairmanship seats and a handful of councillorship seats.

“We are sure that LASIEC would not have the courage to publish the real figures of votes counted for all the participating parties. It is clear that exposing these figures would further divide the APC as a party,’’ he stated.

He alleged that only about 200,000 voters participated in the election in a state with a population of about 25 million and close to seven million registered voters.

Doherty advised all PDP chairmanship and councillorship candidates and their teeming supporters to return to their zones, wards, and local government areas and get ready for the 2023 general elections.

Reacting to the allegations, Publicity Secretary of the APC in Lagos State, Seye Oladejo said that the PDP should be ashamed of its excuses for failure at the polls.

“We cannot hold the brief of LASIEC, but the PDP should be ashamed of its age-long excuses for their perennial failure since the advent of democracy.

“Their inherent failure is borne out of lack of ambition, direction, and leadership.

“The results of last Saturday’s elections were the peoples’ total rejection of the PDP as a party and their refusal to associate with unserious elements.

“We, however, commend them for at least participating in the spirit of the Olympics,’’ he said.

Saturday’s elections were conducted into the 20 Local Government Councils and the 37 Local Council Development Areas of the state.