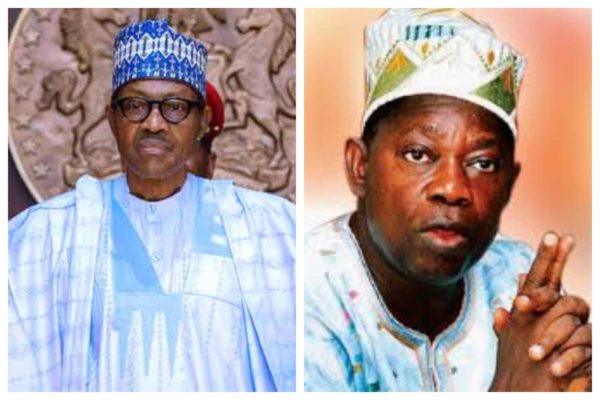 The Peoples’ Democratic Party (PDP) says the posthumous award of GCFR given to late Moshood Abiola, presumed winner of 1993 presidential election and the recognition of June 12 as Nigeria’s Democracy Day smacks of hypocrisy and political desperation ahead of 2019 presidential election.
On Wednesday, Buhari conferred on Abiola posthumously, the award of Grand Commander of the Federal Republic (GCFR) — 20 years after his death.
The president also declared June 12, the day on which the election held in 1993, as the new Democracy Day.
But reacting in a statement, Kola Ologbondiyan, spokesman of the PDP, said President Buhari’s action merely sought to use the name and person of Chief Abiola to gain a political capital and not out of genuine reverence and recognition for him.
“The party recalls that President Buhari, who was serving in the military administration of General Sani Abacha during the travails of Chief MKO Abiola, did not associate either by words or actions with the late winner of June 12 election,” the statement read.
“History did not record President Buhari as sympathetic to the Abiola’s family when his wife, Kudirat, was gruesomely murdered by the agents of a government which president Buhari served.
“It is therefore a sign of political desperation for President Buhari to seek to use Chief Abiola’s name as a tool to sway Nigerians in less than twelve months to an election where he is seeking a second term.”
“It is also shocking that the respectable grave of Abiola can be dishonoured by granting a posthumous award on him along with someone who denounced the June 12 mandate and preferred the company of his (Abiola’s) traducers. Even those who now masquerade as change agents were opposed to the naming of University of Lagos after Chief Abiola.
“If President Buhari genuinely wants to honour chief Abiola, he should do so by ending all anti-democratic proclivities of his administration and allow for the rule of law and respect for our constitution.”
The opposition party said Buhari should shelve his desperate actions in his quest to win the 2019 presidential election as Nigerians would no longer be deceived by “such antics”.