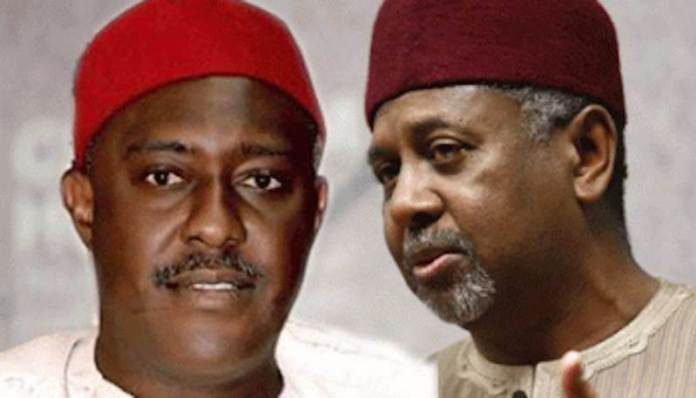 Olisa Metuh, PDP’ex national publicity secretary, told the Federal High Court in Abuja on Thursday that the N400m for which the EFCC is prosecuting him was paid to him by former President Goodluck Jonathan, and not Sambo Dasuki, the former NSA also on trial for mismanaging $2.1bn arms vote.

According to Metuh, the former president paid him the money to execute some National assignment for the Federal Government, and he wouldn’t have considered the fund proceeds of illegality.

Giving evidence on behalf of his company, Dextra Investment Ltd which is the second defendant in the suit and the account where the N400m was paid into, the ex-spokesperson of the PDP told Justice Okon Abang that he could not consider the money for act of any unlawful purpose because it came from the then president.

Metuh told Justice Okon Abanag he held a meeting with Jonathan where various issues and challenges facing the country were discussed and, it was on the basis that Jonathan made the N400m available to him to carry out the national assignment.

He also stated categorically he had no financial dealing with Dasuki.

“I did not receive any money from Col. Sambo Dasuki. Dasuki represents one of the finest and most brilliant military officers ever produced in the Nigerian military.

“He has had a distinguished career, served a lot of government and finally served as National Security Adviser for this country, under former president Jonathan,” he said.

Metuh went further in defence of Dasuki  by testifying that till May 29, 2015, no individual or group had ever questioned Dasiki’s integrity not to talk of been charged or arrested for any unlawful act.

“I am not aware of any criminal charge against Dasuki or any unlawful act until we lost government in 2015.

“As I am talking on oath before this court now, I can say categorically that Dasuki has not been interrogated, charged or convicted for any act relating to me and my company.

The defendant then urged the court to take a look into the list of disbursement carried out in cash and in cheques.

Metuh also dismissed the insinuation that the N400 million was meant to fund the PDP.

At the time, the then ruling PDP, he said,  was N33bn rich, with N12bn generated from sales of nomination forms and N21bn pulled in from fundraisers.

Metuh has been on trial since 2015 when he was lleged to have been complicit in the multi-billion dollar mismanagement.