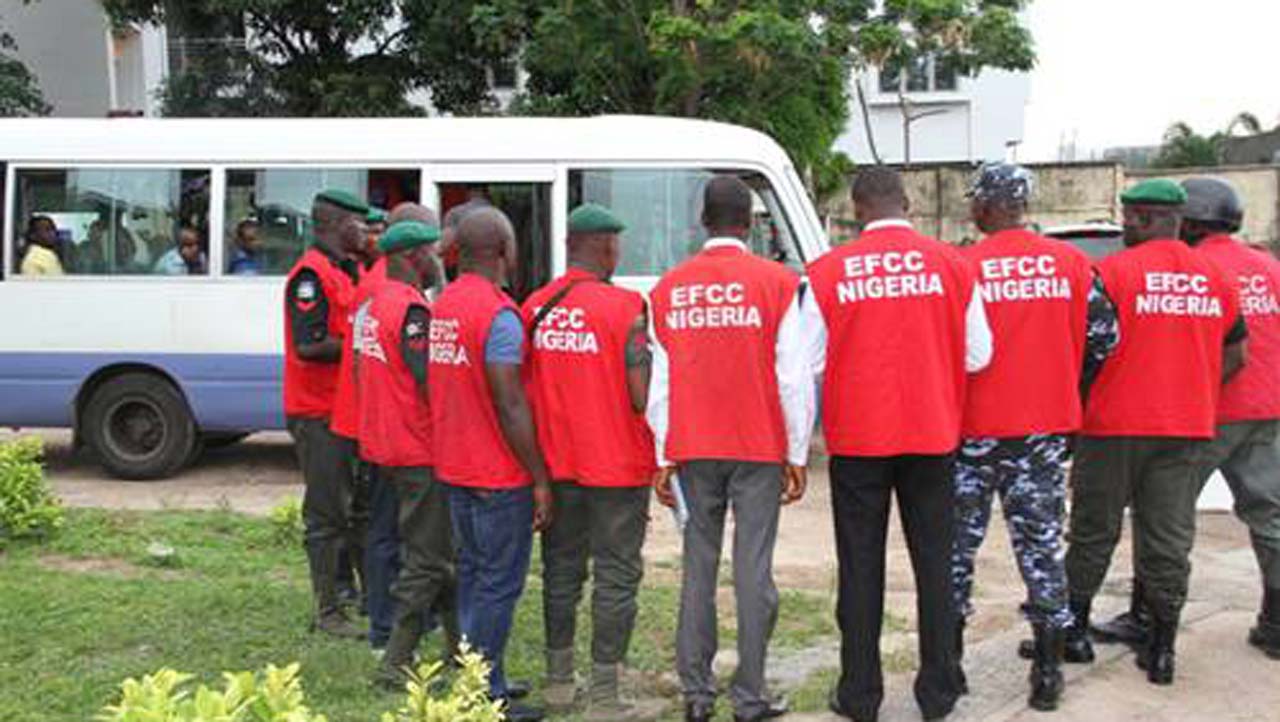 The Economic and Financial Crimes Commission (EFCC), on Tuesday, prayed a Federal High Court (FHC), Abuja for an arrest warrant against a Briton, James Nolan, a director in the Process and Industrial Development Limited (P&ID).

Counsel for the EFCC, Bala Sanga, told Justice Obiora Egwuatu of a Federal High Court, Abuja that Mr Nolan, having been declared missing by his counsel, Paul Erokoro, SAN, had jumped bail.

Sanga, therefore, prayed for the revocation of his bail.

He urged the court to issue the warrant of arrest so that Nolan could be tracked not only within Nigeria by the security agencies but outside the country by the Interpol.

The News Agency of Nigeria (NAN) reports that the anti-graft agency had, on May 24, arraigned Micad Project City Services Limited and Nolan as 1st and 2nd defendants before Egwuatu on 20 counts bordering on money laundering and the judge adjourned to today for trial commencement.

Nolan, alleged to be at large, is also being arraigned in about eight other cases for his involvement in the 9.6 billion dollars controversial contract awarded to P&ID.

NAN reports that while eight of the matters are before FHC in Abuja, one case is before an FCT High Court.

When the matter was called, Sanga informed that the 1st defendant, a non-financial institution, was nit represented and had never been represented in court.

He said though the matter was adjourned for trial commencement, Nolan (the 2nd defendant) was not on court.

He said Nolan, who was granted bail on the terms earlier given by sister court, had jumped the bail.

“In fairness, the defence told us that the 2nd defendant has jumped bail and that they could explain that.

“Giving that he is not in court today, we will make an application covering five issues,” he said.

But Nolan’s counsel, Michael Ajara, who held brief for Erokoro, expressed concerned over the whereabouts of their client.

He said Nolan, after the last sitting informed his principles, Erokoro, that he was indisposed and would be travelling to a Lagos hospital for medication.

According to Ajara, he is suffering from Bipolar disorder.

He explained that after a phone discussion with the lead counsel around June, Nolan’s phone number had not been connecting.

“Effort to reach him was abortive my lord. And because of this strange event, we immediately contacted the surety, who took him on bail who is also in court and he said he had not been able to reach him for a while.

“We had to go to see the prosecution to alert them on Aug. 30 and Sept. 1 and we met the senior counsel leading the prosecution and we also took step to go to the police to complain of a missing person,” he said.

Egwuatu then asked Ajara: “How do you know he is missing? What if he has gone to his country?”

The lawyer said they went to the police in order to know his whereabouts.

“My principal, Mr Erokoro, SAN, also travelled to meet with his employer in London on Friday.

“They too said they have not heard from him for a while.

“At the moment my lord, we have been liaising with the Nigerian Police Force to know his whereabouts my lord and the investigation is ongoing my lord,” he said.

Ajara, therefore, prayed for an adjournment in line with Section 352(4) of the Administration of Criminal Justice Act (ACJA), 2015, in order to continue to liaise with the security agencies and report back to the court.

Sanga, however, disagreed with Ajara.

He said Erokoro actually told him about Nolan’s trio to Lagos for medical examination.

He, however, said none of them was a medical doctor to ascertain the medical fitness of any body.

He said he would be asking that Nolan’s medical certificate be produced in the next adjourned date for verification.

“Now that he has disappeared,” he said, “and that seems to me like a script being packaged my lord.”

When the judge asked Ajara which hospital Nolan went to in Lagos, he said though he did not know, his principal should know.

Justice Egwuatu, however, said that since this was the first time the defendant would be absent in court and that for the fact that his surety was in court, Nolan should be given another opportunity.

“May be he may be here. And if he is not here next time, you will be justified,” he said.

Responding, the EFCC lawyer said 9.6 billion dollars of Nigeria was at stake and that this had been at stake since 2019.

He stated that the substantive hearing of the matter in London might likely commence in January, 2023, saying this might be part of their delay tactics.

Besides, he said since 2019 when Nolan’s matter started in sister cases, only a witness had been crossed examined.

Sanga then asked the court for a warrant of arrest so that the search would not only be within but outside the country.

The judge advised Sanga not to be presumptuous, and adjourned the matter until Nov  9 for trial commencement.

“We cannot presume what happened. What if he was kidnapped? So let us not be presumptuous,” he said.

Peter Obi ahead of Tinubu, Atiku in fresh poll