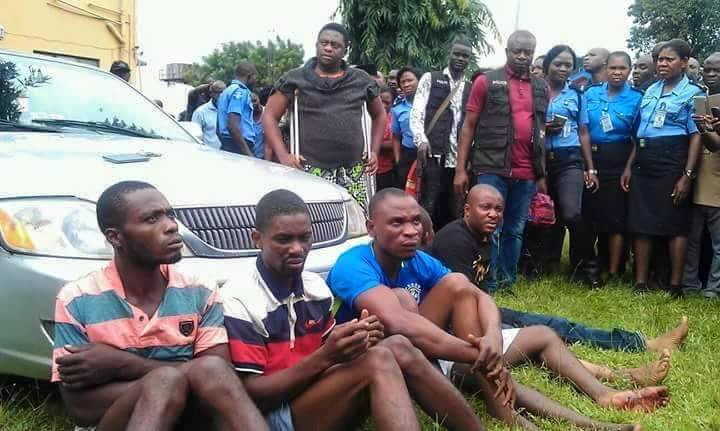 A policeman who colluded with other civilians who abducted and killed Catholic Priest, Rev. Cyriacus Onunkwo, have been paraded by the Imo state Police Command on Thursday.

Even though the suspects admitted abducting the cleric, they pointed out that the man died in error as they had no intention to kill him but to extort money from the family.

The Commissioner of Police in the state, Mr Chris Ezike, said the command was able to achieve the feat through a whistle blowing strategy and forensic technology.

National Daily recalls that Rev. Onunkwo was abducted on Friday at Banana junction in Orlu Local Government Area of Imo by gunmen while his corpse was later found in Omuma the following day. 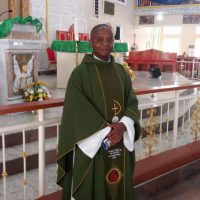 One of the suspects , Mr Izuchukwu Okafor from Anambra, explained how the cleric died.

He claimed that the gang only kidnapped the priest for ransom but later discovered that he died while on transit to their hideout.

“When we kidnapped the priest, we used cello tape to seal his mouth, unknown to us, his nose was also sealed.

“When we discovered that he could no longer talk, we unsealed his mouth and found out that he has dead,” Okafor reiterated.

Another suspect, Mr Onyema Cyril, from Onuimo Local Government Area of Imo, added that when they discovered that their victim his not longer talking he wanted to release him, but that the police corporal threatened to shoot them if they released him.