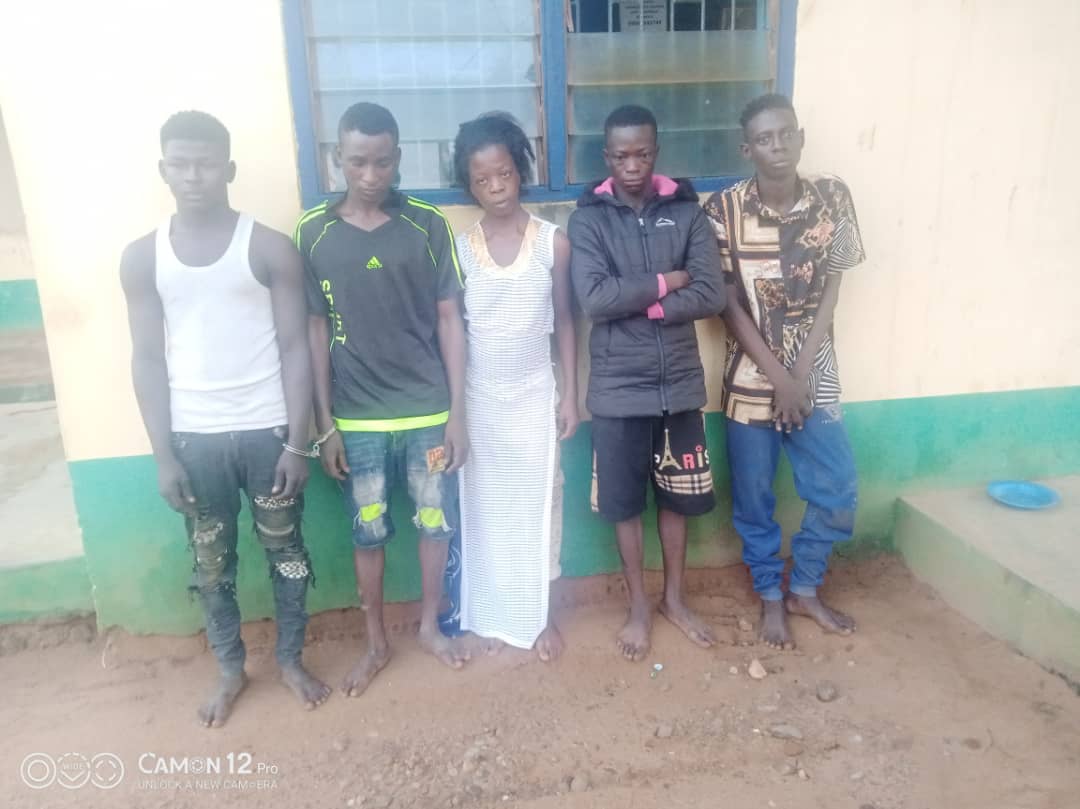 Share this on WhatsApp
Spread the love
Operatives of Ogun state police command, on Friday 9th of July 2021, arrested five suspects who connived together to abduct an 8-year old boy Sadiq Abass.
The suspects, Abdul Raman Umar, Falalu Abubakar, Danjuma Bako,   Idris Lawal and Fauziya Falalu were arrested following a complain lodged at Ogere divisional headquarters by one Riliwan Mohammed, who reported that he left his wife and three children at home at about 12 noon, only for him to receive a phone call from a strange number that his 8-year old son has been abducted.
He reported further that the caller demanded for the sum of 3.5 million naira as ransome if he wants to see the boy alive.
Upon the report, the Divisional Police Officer of Ogere division, CSP Abiodun Ayinde, quickly mobilized his crack detectives to go after the hoodlums.
The detectives there and then embarked on technical and intelligence based investigation which led them to the hideout of the suspects where they were arrested and the victim rescued unhurt.
Meanwhile, the Commissioner of Police, Edward Awolowo Ajogun, has ordered the immediate transfer of the suspects to anti kidnapping unit of the state criminal investigation and intelligence department for further investigation.
The CP also directed an in-depth investigation into the past activities of the suspects in order to know how long they have been into kidnapping.
Share this on WhatsApp
Related Topics:
Up Next