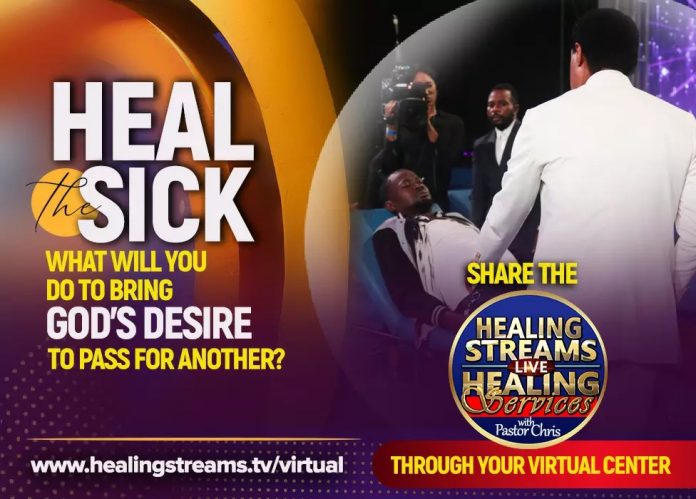 Testimonies have continued to pour in from all corners of the world as the Healing Streams Live Healing Services with Pastor Chris entered its final moment on Sunday, July 11, 2021.

The event which began on Friday July 9, 2021 and has been translated in over 3000 languages has witnessed several miracles of healing and blessings as Billions of people from across the world stay glued to their devices to listen to the Man of God, Pastor Chris Oyekhilome.

One of the participants from outside Nigeria in her testimony said a car accident in February 2011 left her with a broken spinal cord, which resulted in a total paralysis.

She said she has been to several hospitals but there was no medical solution. She came to the Healing Centre for the Healing Streams Live Services in a wheelchair.

According to her as the Man of God was ministering to the sick and asked for all who require healing to place their hands on his hand, she reached out in faith from where she was seated, and heard Pastor Chris declare, “You’re healed. Immediately she got up and began walking on her own without any help.

Another woman from Sokoto, Northwest Nigeria, revealed that she was limping before the Healing Streams Live Services with Pastor Chris, as the Man of God was ministering, she received her healings, and now she can walk perfectly well.

Meshack Michael was healed of a chronic condition that had rendered him bedridden.

In his testimony, his spine couldn’t support him, so he couldn’t walk, sit straight, or stand, but as Pastor Chris prayed during the service, he received his healing instantly, and can do all things he couldn’t do before.

Samuel Lian from Myanmar had kidney failure which has tormented him for about three years now.

In his testimony, his life has been miserable because he had to undergo dialysis every week to stay alive, and it was quite tiring for him both physically and emotionally.

“So, during Healing Streams on Friday, the Man of God prayed for me and I felt relieved as something left my body. I knew that I was healed and I’m truly alive now. I received my healing at home. I thank God for using Pastor Chris through this ministry to change my life,” he added.

The times of ministration and impartation have been nothing short of astounding. Watching in awe and reverence, people across the globe saw the Man of God stretch forth his hands and cast out demons.

From the UAE to Papua New Guinea, from China to Saint Lucia, the stories and pictures and videos are still pouring in. The blind see, the deaf hear, the lame walk, and the bedridden arise from their sick beds at the mention of the Name of Jesus.

Kima from Nigeria had been diagnosed with lumbar spondylitis and had suffered for a long time. During the weekend’s broadcast, even before the Man of God began to speak, she was on her feet. The demon that had tormented her came out, and she was totally free.

In a healing centre in Tacoma, USA, a lady who had suffered a spinal injury that left her dependent on a walker for mobility got healed and began to walk unassisted.

A baby from Ethiopia was born with deformed hands and nose. Through the Healing Services, she has been perfected. No more anomalies, whatsoever!